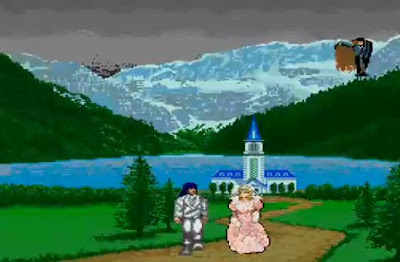 Haunted Castle might seem like a title nobody remembers, but it was actually one of the first games in the Castlevania series. Oddly enough, Konami seemed to keep remaking the story each single time. This is no real sequel, instead Dracula wakes up one day and decides to capture Simon Belmont's wife Selena right after the wedding. Vampires hate not getting an formal invitation. 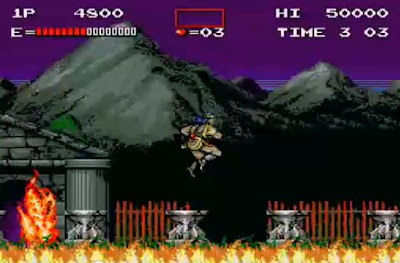 And it plays pretty much the same as the original Castlevania on NES. Standard platforming, you still use a whip, and plenty of the classic old-school monsters as regular enemies. 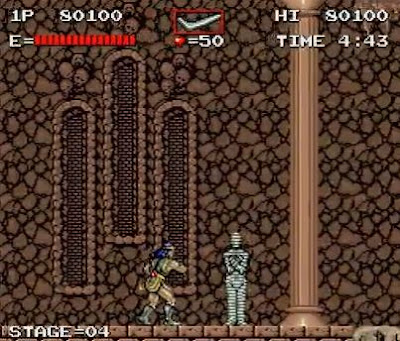 Except it was really frustrating from what I hear. This one disappeared from arcades ages ago, and the only re-release was on a PS2 retro disc in Japan. Don't expect Haunted Castle on Xbox Live Arcade anytime soon.
Posted by Adam at 9:29 AM

Email ThisBlogThis!Share to TwitterShare to FacebookShare to Pinterest
Labels: A Look Into Video Games, castlevania, konami

Hello Adam! Thanks for visiting my blog and leaving a nice comment, tis nice to 'meet' you! How old is that game? It makes me feel all nostalgic!!! It sounds a great game as well!!