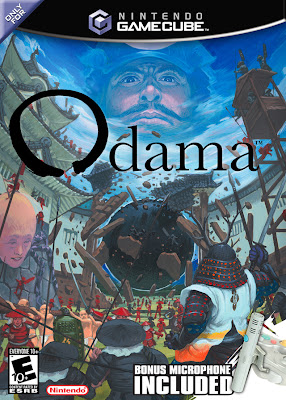 2006 was not a good year for the Nintendo Gamecube. The Wii was coming out at the end of year, so it was pretty much the system's last stand. Despite this Nintendo still released Odama for not only Japan, but American and Europe too. 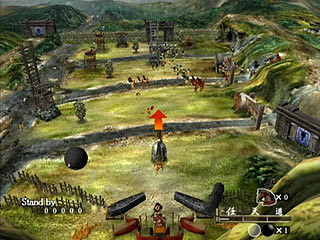 Odama is not exactly an action game involving ancient samurai, but rather a pinball game with soldiers and samurai. You use the giant pinball to crush advancing waves of samurai. What was also notable is that it was one of the few games to use the Nintendo Gamecube's microphone accessory. You could give commands via your voice, and it would control some actions of your soldiers. 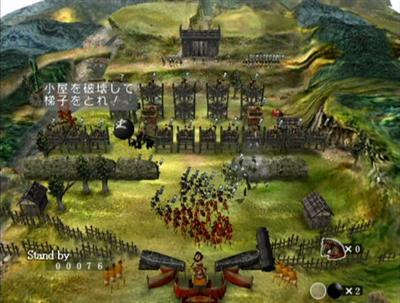 Even though it was rather unique, the game failed to impress critics. Mainly the poor graphics, difficult game-play, and short play-time. Which was a reason I avoided it back then, but given the chance I'd would consider giving it a 2nd chance.
Posted by Adam at 10:12 AM

It definitely sounds like an interesting game, never heard of it before now though.

Hi dear!!! Thank you for your comment on my blog! Kisses, Lucy www.tpinkcarpet.com

Yeah, I think everyone was distracted by the Wii coming out...I don't think my kids ever play anything on their 64.

A pinball game with samurai, COOL