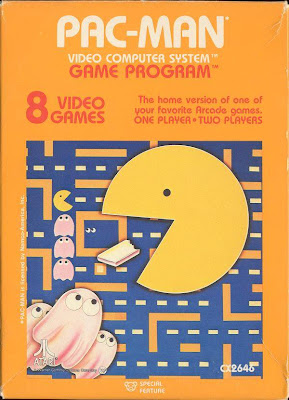 With the incredible success of Pac-Man in 1980, many people really did have "Pac-Man Fever". What they didn't have was Pac-Man to play at their house. Atari asked programmer Tod Frye to make a Atari 2600 version of the arcade classic, and the results were poor at best. 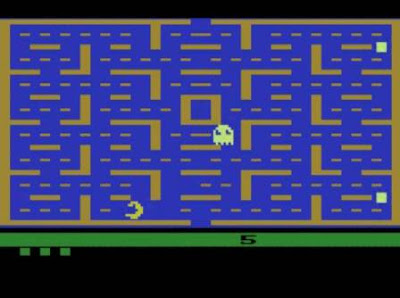 Sadly for Frye; he was given not only short time, but realized that the Atari 2600's power was too weak to faithfully re-create Pac-Man. The graphics were a joke, the audio crude, and game-play consisted of one maze with no bonus fruit to collect and ghosts that would flicker and bounce around the screen randomly. 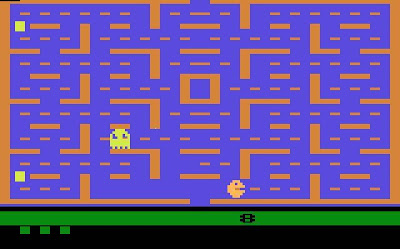 While folks flocked to the store to get their own cartridge, critics immediately panned it. Including remarks like "worse coin-op conversion of all-time" among others. Several months later, a rush of angry gamers wanted a return for this bad version of Pac-Man. Many cite this as one of the reasons why the video game market crashed in 1983 when Atari flooded the shelves with terrible titles. I played a little bit before, and it's just plain awful.
Posted by Adam at 9:29 AM

Talk about blast from the past. I remember playing the original one as a kid.

Wow that looks so bad it isn't funny.

Too bad! I remember loving pac man as a kid!

I actually had this version of Pac-Man. It was just as ugly as it looks.

It was the best game eh. Looks like a filthy piece of $hit now.