Fact of the Day: Magic is NOT Real 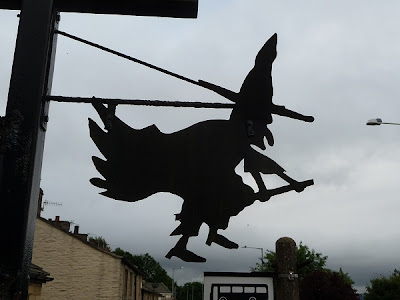 Despite the concept of "magic" being pure fantasy and fiction has not stopped superstitious folks from believing it's real. During 1450-1750, a Christian-dominant culture (the Bible mentions magic/witches many times) in the western world led to thousands of "witch-hunts", where an estimated 35,000 people (roughly 80% women) were executed for a crime that didn't exist.  Paranoia still exists today, a prime example being the extreme opposition to the Harry Potter books by various fundamentalist groups and individuals.
Posted by Adam at 7:00 AM

we still are soooo superstitious

Ignorance is truly scary! Witches on the other hand are lovely! :-) Take care
x

But I want to believe..

I love this picture!!

It was such an ugly story and we still have good examples pof paranoia...
Don't Call Me Fashion Blogger
Bloglovin'
Facebook

Amazing picture, I liked it!

yep, people believe in all kinds of things, real or imagined. it's sad how they can hurt others with their personal beliefs.