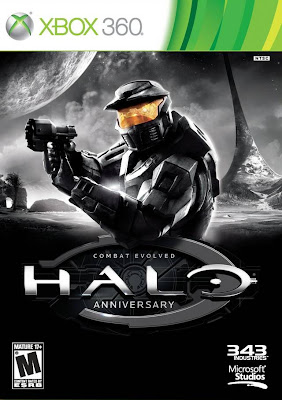 While Goldeneye 64 and Perfect Dark were one of the biggest shooters of their time, I really think Halo: Combat Evolved changed the genre on consoles from good to revolutionary. While it got overlooked at first, the game quickly became the Xbox's first smash hit. By the time Halo 2 was released in 2004, the franchise could rival Mario, Sonic, or Final Fantasy in popularity with ease. Funny enough, I fell in the love with the series simply from a PC demo somebody had in our science classroom in 10th grade biology. 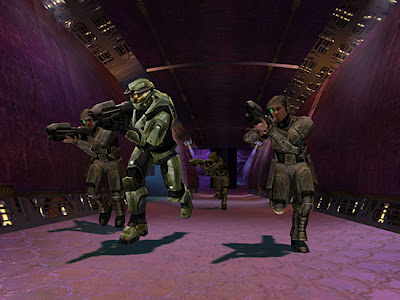 Luckily it had online game-play with one map so we had a ball playing it in our free-time at school. However I didn't get a Xbox until 2006 (my PC at home was never used for games), so by that time I just got Halo 2 mainly because I wanted to get into the Xbox Live multiplayer which the original lacked completely. So while I played the rest of the series (besides that RTS spin-off Halo Wars), I was never really motivated to play the original again. But now in 2012, I had the chance to give the remake on Xbox 360 a fresh chance from start to finish. 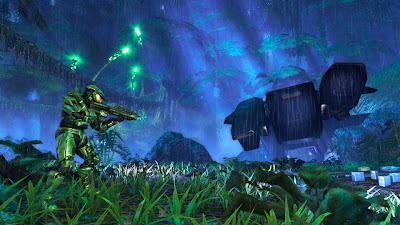 And I have to say the updated graphics are much better than the original. Though anyone feeling nostalgic for the old graphics can hit the select button to revert back to the retro style within a moment. Sadly it's not nearly as well-done as it could of been. It truly is remade piece by piece, however it's only a retouching of the original graphics. I wished now that they could of started completely fresh from the ground-up. I would be bold enough to say that Halo 2 (an original Xbox game) looks better. 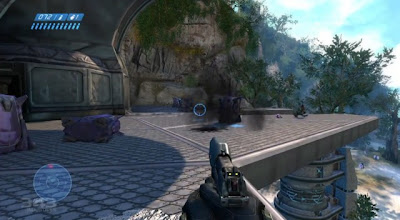 But graphics are a minor complaint, but lets focus on the campaign's single-player. While the original broke the boundaries that no FPS dared touch at the time; over a decade later it shows a good bit of age. The A.I. teammates were once considered Einsteins. But after seeing them randomly stand around or refuse to drive a Warthog, I really had to reevaluate their performance.  I enjoyed the campaign as much as the other games until the levels became long quests through random hallways that I easily got lost in. There was also a lot of minor tweaks that could of been more user-friendly, however they chose the safer route of keeping the game exactly the same instead of fixing little issues. 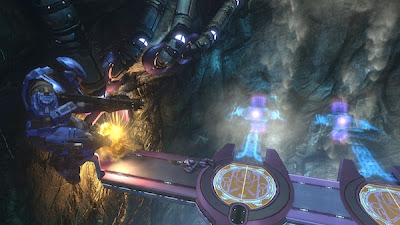 But what I was hoping for was a full-fledged multiplayer mode with the classic maps. But I'm pretty sure they left some out, and it's actually confined as an extra mode to the multiplayer for Halo: Reach.  And by extra mode, I really mean "extra". Because this is truly an afterthought. There is little variety, almost no choice, and very little to play. It's not exactly bad (compared to most other FPSs it's quite good), but I'm very bitter of what it could have been. 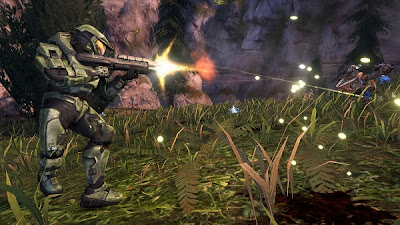 So for real new-comers to the series, I might be able to recommend Anniversary. However gamers looking for a remake that redefines the original might have to wait another 10 years. The developers took a very vanilla approach to this remake, and they're lucky that they had quality material to work with. Bottom line it's a swell shooter, but as a Halo fan I felt a bit betrayed and extremely disappointed. Unrealistic expectations perhaps, but I wish I had just waited for Halo 4.

damn I remember first playing Halo on my buddies X-Box back in the day. Time flies =/

Been a while since I touched Halo, sucks it wasn't a very good remake, just them trying to cash in on some extra dough.

I think the armor in Halo looks pretty sexy on the graphically rendered characters.

Never got into this purely because I only played PS3!

You've reminded me that I need to get my son a new game system...his brother took the X-box when he moved out. Have a nice week, Adam!