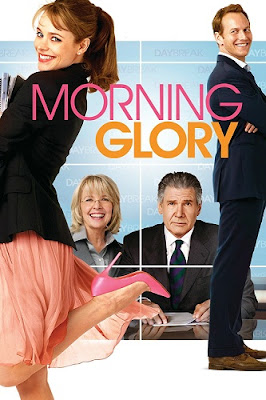 I've been hearing about Morning Glory for a good while now, but I kinda put it on my "watch later" list. I like Rachel McAdams and Harrison Ford, so I couldn't resist giving it a try eventually. 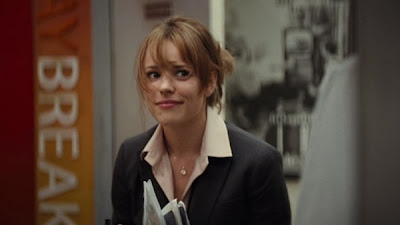 The movie is about a young woman named Becky Fuller who got laid off from a local morning show and then gets a rare chance to be the producer of DayBreak, a national morning news show that's struggled for years. At first she's thrilled, but after realizing most of the crew carry drama, and low morale; it turns into a big mess. 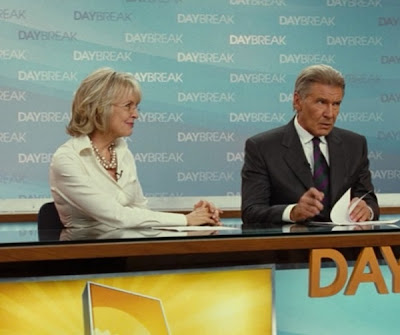 Her last resort is when she recruits Mike Pomeroy, a once legendary news reporter against his will. His hatred for morning news creates problems when he decides to do whatever he wants. Combining awkward antics at night, and constant insults gives Becky quite the job to master. 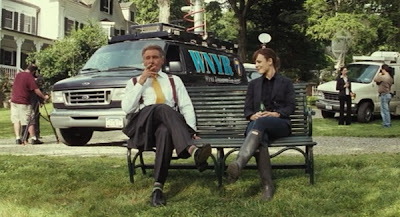 While I loved Ford's role as the surly and crazy Mike Pomeroy, McAdams was very disappointing  Well at least her character, but Becky was a shining star compared to Diane Keaton's as the co-host Colleen or Patrick Wilson as Becky's sorta-boyfriend. The tacked-on romance was not needed, and the whole plot floated around like it had no purpose until the end. I wouldn't say Morning Glory is a bad film, but if it has any glory then it's extremely faded.
Posted by Adam at 11:23 PM

I've never heard of this one before, but I'd watch it only for my beloved Patrick Wilson.

i've never heard of this movie. doesn't sound like i'll be watching it either.