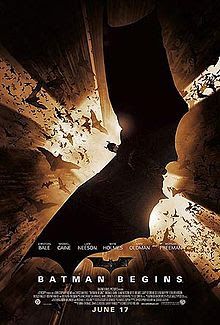 While I thought it was the weakest in the trilogy, I did think it was much better than most of the other Batman films that predated it. I liked how Christopher Nolan didn't mimic Batman, he recreated it. 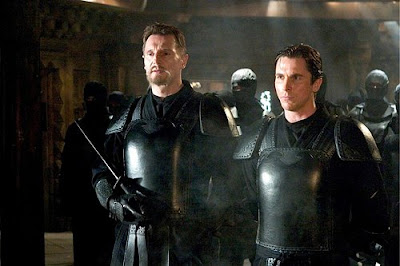 Like Bruce Wayne's back-story where he's searching for his true cause. He eventually gets trained to be a psuedo-ninja, but I hear those guys hate hippies. 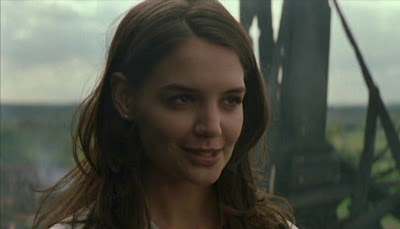 I also liked Katie Holmes as Rachel Dawes. It's a shame that the boyfriend-girlfriend thing didn't last for them. 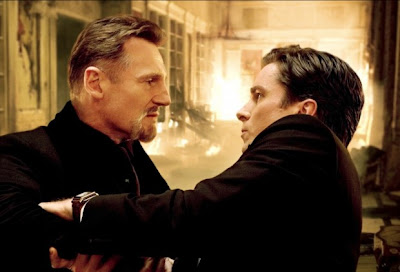 And forget Scarecrow, he was lame. Ra's al Ghul (who ironically is not a well-known Batman villain) was the real antagonist. I love how they pull the surprise on Bruce during his birthday party. Their final fight was also pretty sweet. 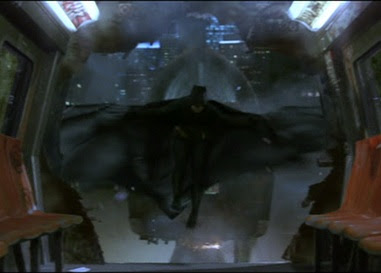 It could have been better, but two far superior films succeed it. So it's all good.
Posted by Adam at 3:30 PM

It was a good film but certainly not as memorable as I hoped it would be!

It was good, liked the two that followed better though. Anything beats Batman and Robin haha

I really like Christopher Nolan's style. I ended up watching the Dark Knight Rises 3 times in theatres, lol.

I thought the following films were superior, as well.
But, seriously, you didn't think the George Clooney Batman film was any good?
Okay, time to find something to remove my tongue from my cheek. ;-)

I love the sequels but I didn't like the first one as much as other people did. I thought Katie Holmes sucked ass and it was a tad too self-serious.

Can you believe I haven't seen this one yet?