While you could name your original rival in the Pokemon games anything you wanted, his official name is Blue, and since he's Professor Oak's grandson it's easy to figure out his last name. 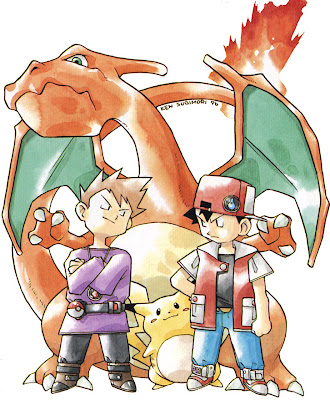 While he wasn't' a villain, you really didn't want to mess with him. Every once in awhile he popped out of nowhere to face you in a "friendly" battle. Since he always chooses the starter pokemon superior to yours, you always have to find a few alternatives to take it down. Then at the last moment of the game you find out he becomes Pokemon Champion of Kanto before you do. But at least you get to take that honor from him. 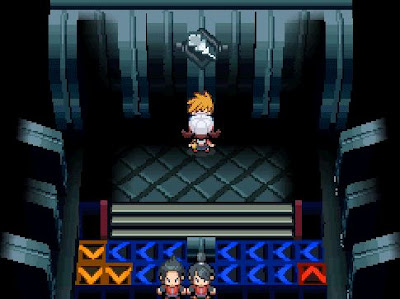 The 2nd generation trainer gets to meet Blue Oak in his new gym, replacing Giovanni as the Viridian City Gym Leader. I loved this blast from the past. He was by far the best rival in the whole series. 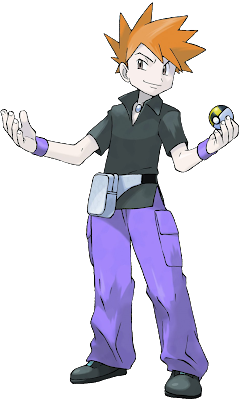 His Japanese name is グリーン (Gurin) which is the Japanese pronunciation of the English word "green". In Japan, Pokemon was originally released with Red and Green versions, not Red and Blue. Thus the difference. 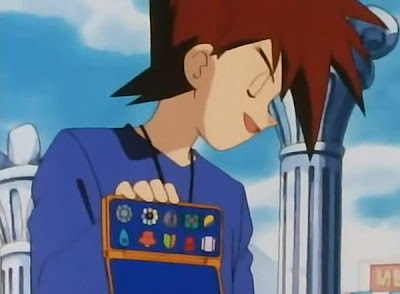 His anime counterpart Gary Oak was very arrogant, and I didn't like him too terribly. How on earth did he get 10 badges in Kanto with only 8 gyms? His Japanese name is シゲル (Shigeru) after Shigeru Miyamoto, the creator of Mario and Zelda. Ash Ketchum's character was named after Pokemon creator Satoshi Tajiri.
Posted by Adam at 9:33 AM

Hi Adam, thank you for your lovely comment on my blog! I whish you a great week! Kisses, Lucy www.tpinkcarpet.com

Gary lost his arrogance as the series went on, at least that was the last I saw of him on there.