Lorelei is the first (and lowest-ranking) member of the Elite Four, Kanto's toughest Pokemon trainers. While she uses some decent under-water pokemon, she's not hard to defeat at all. 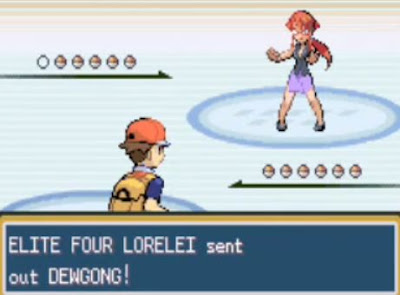 After her defeat in the first generation, she dissapears never to be mentioned again. Being fired from the Elite Four must bite. I don't really remember her too well either, very forgettable match.
Posted by Adam at 1:51 PM