A Look Into Video Games: Meta-Knight 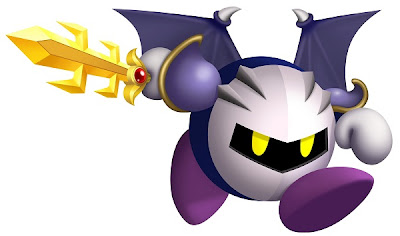 Meta-Knight is Kirby's rival/ally/enemy in the Kirby series. His role is often mysterious, as he's been everything from a boss to a member of the team. 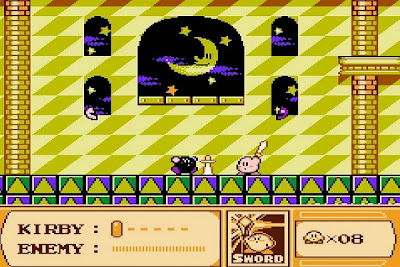 His first appearance was as the final regular boss in Kirby's Adventure. Despite fans asking what he looks like unmasked, you got to see the truth for yourself from the start. His mask splits in half, and he's really just a blue Kirby-like being. 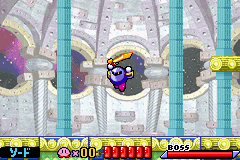 I loved the remake fight in Kirby: Nightmare in Dreamland. 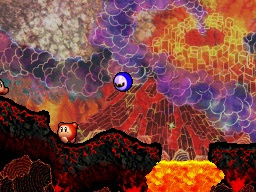 I also used him as an extra playable character in Kirby: Canvas Curse. Not bad. 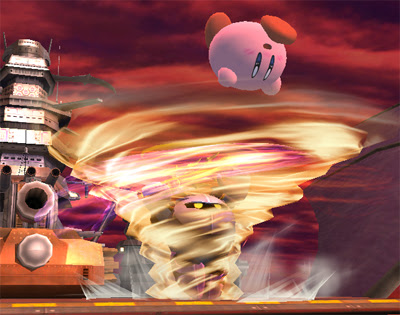 He was also a decent character in the Super Smash Bros. Brawl game. Though I think Kirby is much better in the game. 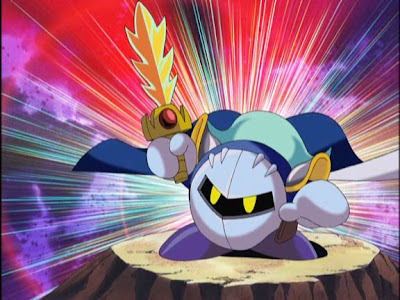 I also remember his notable role in the Kirby anime. So cool.
Posted by Adam at 10:00 AM

Interesting game :) Thank you so much for your wishes <3

I've got no clue whatsoever about video games..

Never got into Kirby much and I still detest Brawl.

haha I didn't know kirby had a bad side. he still looks adorable :)

i knew it it was the on on kirby how cute