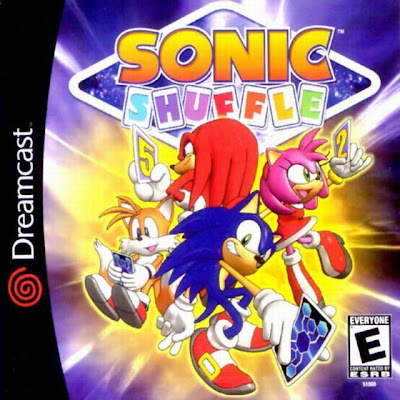 In the late 90's, Nintendo had found smashing success with their Mario Party series. Sega being no fool, attempted to make a "Sonic Party" for the new Dreamcast system calling it Sonic Shuffle. Was it better than it's N64 counterpart? 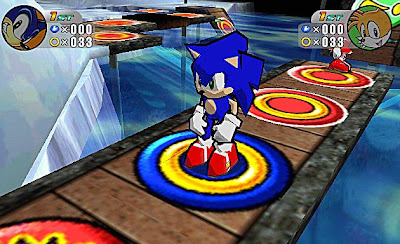 The game was pretty much the same as Mario Party in execution  You can pick a Sonic character, and run across a unique game-board earning enough points and credits to win the game. 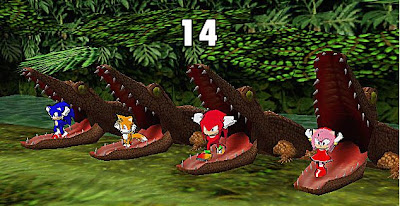 Mostly be winning the mini-game and events. While the mini-games weren't as harshly criticized, the constant loading between the game-board to the mini-games apparently was the deal-breaker. They also noted that CPU opponents were too tough, and used every trick in the book to defeat you. 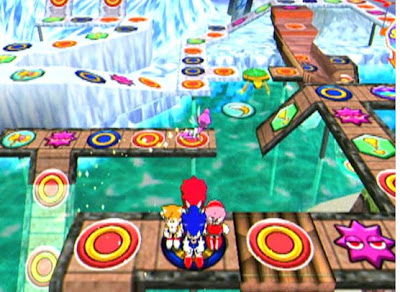 Most critics panned the game, and some even labeled it as one of the worst Sonic games of all time. I was never the biggest Mario Party fan, but Sonic Shuffle seemed too much of a rip-off for me to rush out of my house to go get. Sega never made a sequel, and the Dreamcast tanked shortly after.
Posted by Adam at 10:15 AM

Oh wow. Sega is really doing their thing lately. I Would love to play this. Though Im not surprised from Sega, im waiting on Shenmue III.

Any new game systems coming out? I need Christmas ideas!!!