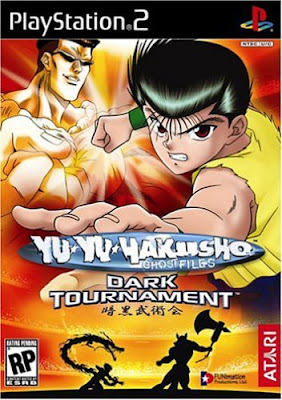 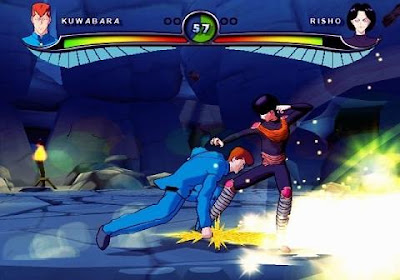 So yeah it had the same basic concept. Cel-shaded graphics meets standard fighting with all your favorite characters. This one was based on the best saga in the series, though it would of been nice to see characters from later on like Sensui or Raizen. Though you can't really complain, they had an impressive character count. 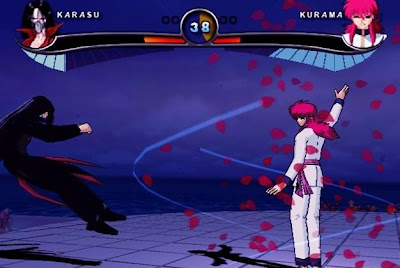 But people did complain that it was a pretty mediocre fighting game. While all the classic special moves were added, many reviewers cited they couldn't tell much of a difference in most of the powers. The good visuals and decent story mode couldn't sway many opinions. 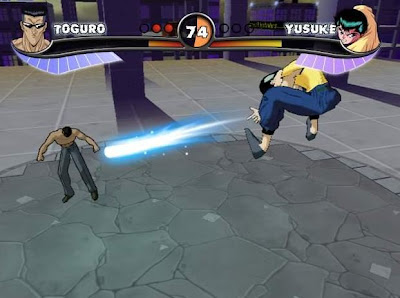 The bad ratings prevented me from getting this game back in 2004. I loved the anime, but I never got any of the games. It looked promising but I'm sure I would of been disappointed.
Posted by Adam at 9:28 AM

I am not so into this type of games:(So will not know what is good or boring.
www.thoughtsofpaps.com

It looks like something I would play. I love fighting games.