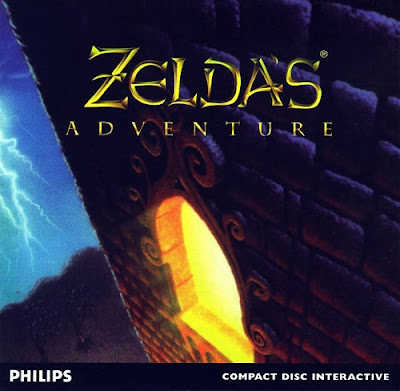 After a failed plan to release a CD-drive for the SNES granted Phillips the rights to use Nintendo franchise for their CDi console, the trio of bad Zelda games were born. While Wand of Gamelon and Faces of Evil were bad cartoon-like games that played like Adventure of Link, the final game played like the classic 2D Zeldas. This one was Zelda's Adventure, which once again has you playing as the princess instead of the hero Link. 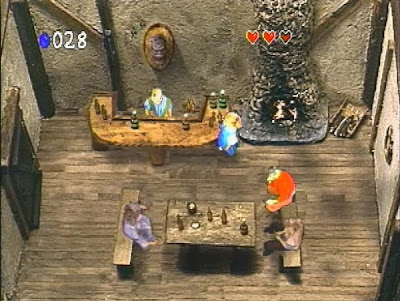 The first thing you notice is that graphics look...strange. This is a similar graphical style the Mortal Kombat games used where they use footage of real people and then use their digital image to put them in the game. While Mortal Kombat looks decent even today, it just looks wrong in Zelda's Adventure. 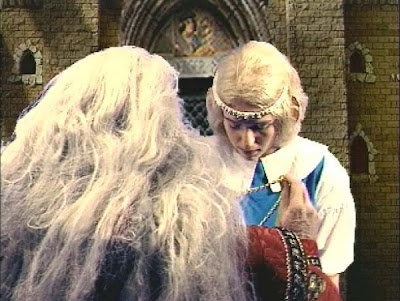 Like the other two games in the unholy triforce of the Phillips CDi Zelda games, the bad cut-scenes are back as well. Except they use real actors instead of 3rd grade quality animation. The actors are terrible, the costumes are random, and the whole story is junk. For example, the setting of the game is a land called Tolemac. Sounds unfamiliar? Well it shouldn't, it's Camelot (of King Arthur fame) spelled backwards. The plot involved Ganon capturing Link, and some random wizard "luckily" finds Princess Zelda to save him. 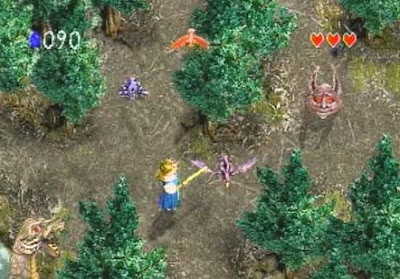 Despite the lack of effort, it does play a lot like the original Legend of Zelda on NES. You have overworlds, dungeons, boss fights, weapons, and sub-weapons.Except the trail and error game-play, terrible controls, audio issues, and lag times has led this game to be dubbed "almost unplayable". While on paper it seemed like this could be the best of the trio, but has often times been proven the worst.
Posted by Adam at 9:08 AM

Thank you for following me! Now I'm following you! :)

Guess I won't get this for my boys. Thanks for the review!