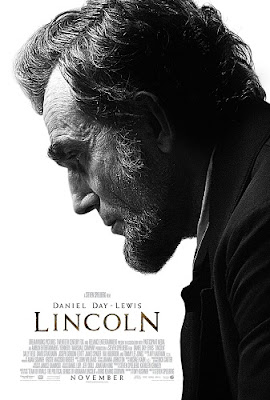 Even though I watch a lot of movies, I never go to the movie theater often. I also never pay much attention to movie news until films are just about ready to come out. A friend told me that Steven Spielberg was coming out with a film based on President Abraham Lincoln. How can you say "no" to that? 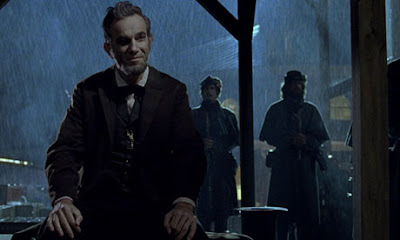 The film is not about Abraham Lincoln's whole life, or even his whole presidency. Rather it focuses on roughly the last 4 months of his life. The American Civil War has been a long affair, and people are desperate for peace. While hoping the Civil War comes to a close, Lincoln is also adamant about the passage of the 13th amendment to the U.S. Constitution. If it can pass, then all men would be freed regardless of if the South was readmitted to the Union or not. 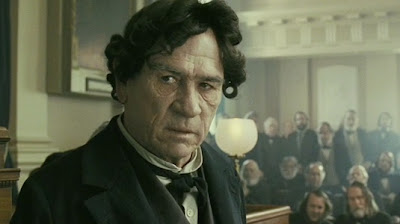 Despite losing the ultra-conservative congress members of the South after succession, the remaining members of Congress are not unanimous about passing such an amendment. Lincoln must unite his whole party of various viewpoints, and look for Democratic support as he would be 20 votes short even if his whole party votes "yes". 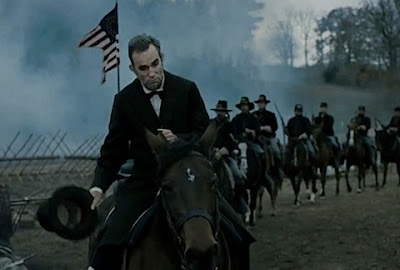 I can easily say Lincoln is one of the best films of the year. It's almost not even a film, you almost feel like you're being dragged into a time portal and viewing history in the making. Daniel Day-Lewis plays a superb Abraham Lincoln, and I wouldn't be surprised if he wins an Oscar for Best Actor. I would also like to applaud Tommy Lee Jones for an almost equally well-done performance as Congressman Thaddeus Stevens. Lincoln has injected me with a new but familiar sense of patriotism and love for my country, and I could never show enough thanks to Steven Spielberg, and the other fantastic folks who put this masterpiece together.
Posted by Adam at 3:30 PM

About time Spielberg made a good movie again, it's been what a decade or two? haha

I want to see that movie too. Definitely a masterpiece!

I've heard this is a really good movie--definitely want to see it. Thanks for the review!

also my fav it movies :)old movies film noir!and new ones like wintherbone!

ill consider watching that movie too

Ever since I saw Nov 5th cover of the TIME magazine, and read the artical I was hooked.Excited about seeing this film as it has all the ingredients that I look for in a movie.Great post Adam,I applaud your patriotism!
Regards.

Watched the trailer, and it was amazing! Watching the movie as soon as it's here for sure! Thanks for the great post. :)

This does sound good, thanks for the review Adam.

Thanls for reminding me of this movie, will watch hopefully.