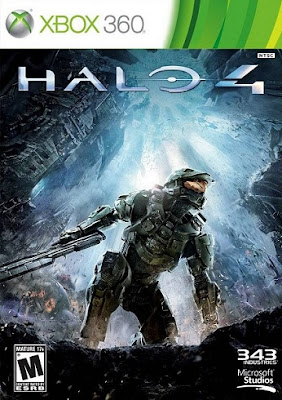 Despite being pretty much a Nintendo fanboy, I'm also one of the biggest Halo nerds around. I fell in love with it after playing a demo of the PC version, and then got Halo 2 as soon as I bought the original Xbox. I got Halo 3 as soon as I got a 360, and Halo: Reach when it came out. My mom asked me what I wanted for Christmas this year, and I mentioned nothing but Halo 4. I played the game yesterday to make sure the disc wasn't defective, and I'm very impressed. 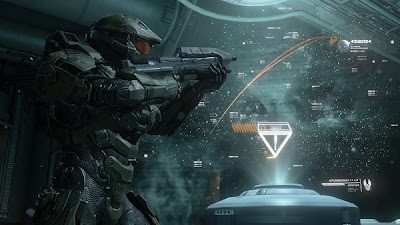 For those who don't know, this is the first legitimate Halo game not developed by the original Bungie team. I remember when 989 studios took over the Twisted Metal franchise, and how badly it stunk with the third game they made. But 343 Industries is not the same, as they took what made Halo great, and evolved upon that. 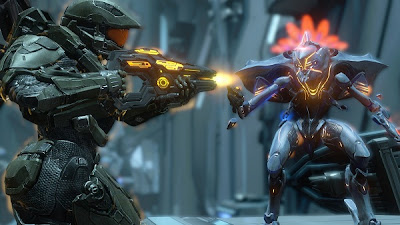 I played just the first mission of the campaign, and I was very intrigued. I was impressed by the story where Master Chief is shipwrecked in space and is awaken from his slumber by a rogue group of Covenant forces who didn't recognized the truce initiated after the events of Halo 3. They are near a mysterious Forerunner (the group that created the Halo rings) planet, and I'm sure I haven't seen nothing yet. 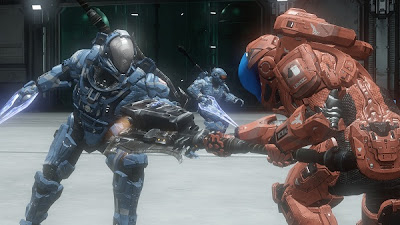 I also played a few rounds of multiplayer, and I'm glad to see the variety of special skills and weapons return from Halo: Reach. Except with minor twists, but a good bit less focus. There are a lot of good new weapons, and I like the current maps so far. They're much simpler in design, and I felt Reach had too many hallways and rooms that weren't needed. The game is wrapped up until Santa's big day, but I can't wait to play it again.
Posted by Adam at 10:30 AM

I can't wait until I can play Halo 4. Unfortunately, it looks like I'm waiting for Santa Day, too.

Not my cup of tea, sorry.

my buddy is a Halo fanatic and wont stop talking about this either.

Im looking forward to picking this game up soon. I've been so busy i havent even finished Assassins Creed III yet. but this will be my next purchase.

Man, I gotta get an Xbox 360 for this game now. My buddy had one , but it broke, so Looks like it's my turn to get in on the fun with halo 4

Hoi Adam. Thank you for visiting my blog. Looking at your blog it is indeed very random. I expect that everything there is of interest for you.Its for sure a lot more difficult then posting just some pictures I guess.

Yeah I heard they did a great job, I will prob play it eventually, not a huge fanatic.