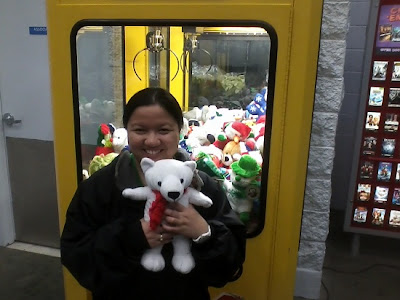 This was taken last night, I had a spare dollar and this one bear looked just like Daisy's favorite stuffed animal I ever got her. So I attempted to get it, and snatched him up on the first try. Not bad. I just like being able to get anything in these games as I give the prizes to Daisy. I remember being excited winning my first prize ever in a CiCi's pizza place and it was some random stuffed animal that looked like the 7up spot mascot. 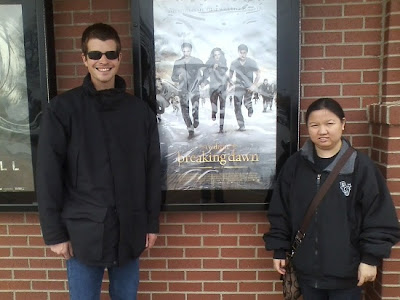 This is me and Daisy after the Breaking Dawn Part 2 movie. We both liked it. 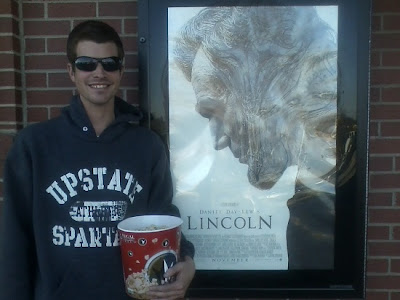 I saw Lincoln without Daisy, but loved that film even more. 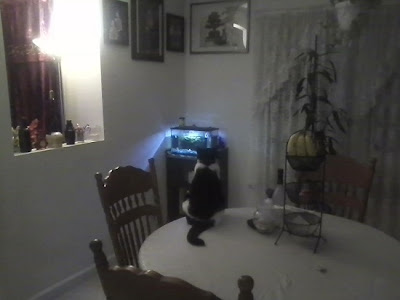 This is during Thanksgiving at Daisy's house. Her cat was watching the fish tank. 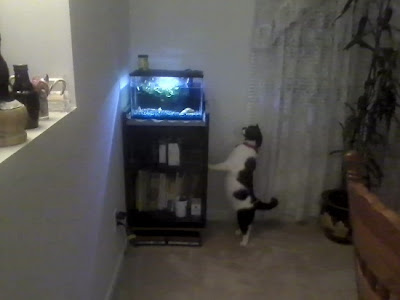 He wants the fish. 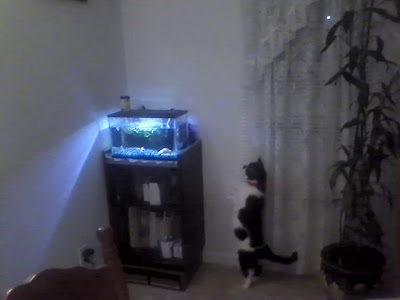 But just can't figure out how to get him. 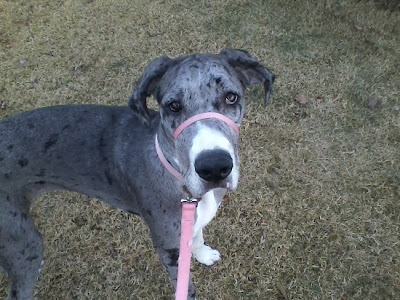 This is my brother's Great Dane dog Blue. She's sweet, and she's only 8 months old. She can jump up and lay her paws on my shoulders now. 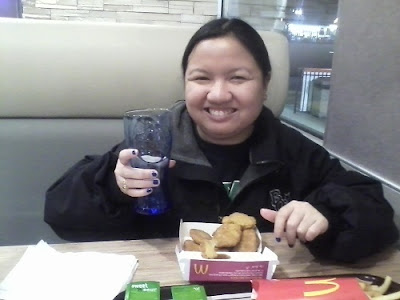 Daisy's been begging me for more McDonalds now since they are giving out these glasses. Not bad. 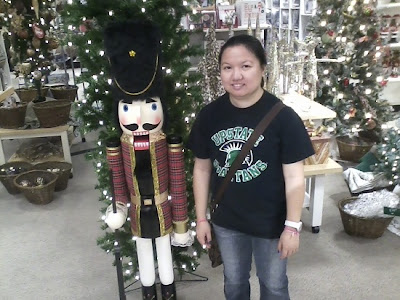 I really want one of these decorations for my house. 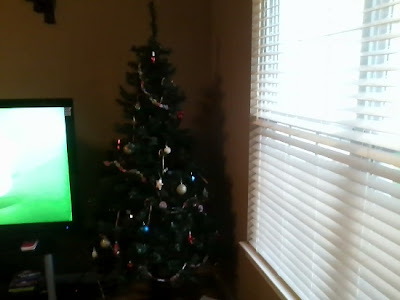 My brother put his tree up before I did this year. He doesn't have lights though. I don't know why. 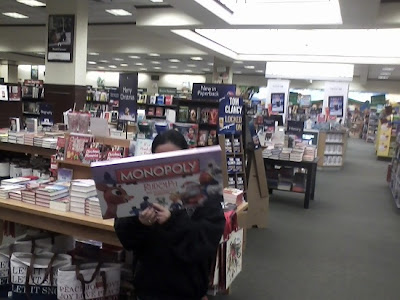 And this was Daisy trying to convince me to get this Monopoly set based on Rudolph the Red Nosed Reindeer. She failed.
Posted by Adam at 4:27 PM

i laughed about the rudolph monopoly game fail. that bear you won daisy is cute. we have nutcracker decorations, but nothing as big as the one daisy is standing by though. are you going to do a lincoln movie review?

Not watched Lincoln yet. This weekend hopefully I will go to see skyfall.
www.thoughtsofpaps.com

daisy seem like a filipina,
anyway you git it on your first trial? well you're a gamer so perhaps thats your advantage huh

I already did one

Wow you are getting into the Christmas spirit early! Oh well I suppose it is December now.

So glad you enjoyed Lincoln Adam.Did it meet with your exspectations