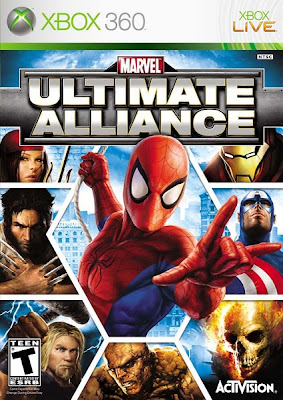 While I love Marvel comics and most of characters from the universe, I did not fall for Marvel Ultimate Alliance. While I don't use the term "hate" strongly, I was really let-down by the final product. 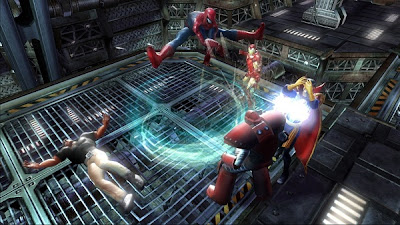 I would like to say that playing as countless Marvel heroes is pretty awesome. My favorites were Spider-Man, Captain America, and Iron-Man. Controlling the team was pretty neat especially with some funny dialogues. 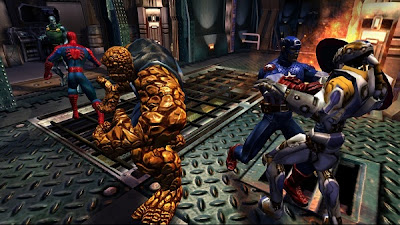 But part of the problem is from its two greatest strengths. While there's plenty of heroes, there's frankly too much quantity over quality. I'd rather have a selection of 10 super-heroes, than more than 30 if those 10 played different from the others. Since you control a team of four, it's also hard to see where you're fighting. 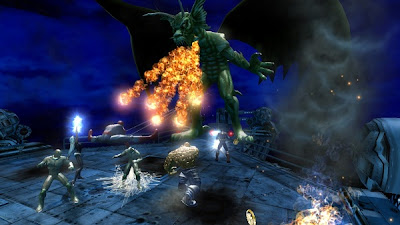 While I liked the bosses, the rest of the regular enemies are random guards and robots. And it's mindless combat until you reach the final point in the stage. I eventually became unmotivated to keep going, and turned it off for good. While I enjoyed the idea, playing as a super-team of superheroes has been more fun in much better games.
Posted by Adam at 8:15 AM

I`m your follower now.
And I`ll be SOO happy, if you follow me too:-)

that looks pretty awesome. however i dont even have a ps3 anymore

Thanks for stopping by.....

X-men Legends the first one, was waay better. Also the second one of this was better too. What they should do is make a secret wars game with every character imaginable, but you have to pick a team of ten from them all at the start, and that is all you get until the end.

My husband has that game on his xbox360. It came with the system. He seemed to like it, but played it once through to the end and hasn't picked it up since.

Great review! Doesn't sound like a game I will play.

Spiderman 3 definitely illustrated quantity over quality. I don't play video games but I can see how that would be a distraction.