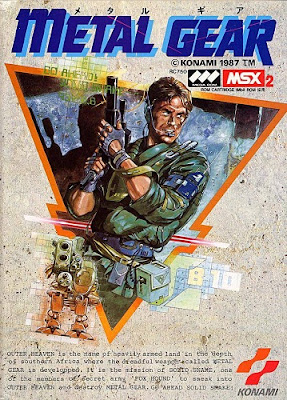 While I'm a big fan of the Metal Gear Solid games, I was never a fan of the older games. I played the NES version first, and didn't get very far at all. I managed to play the true original game on MSX which was included in the enhanced version of Metal Gear Solid 3. 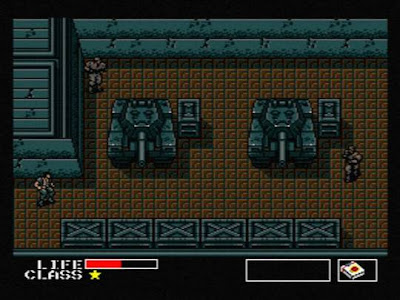 Now I can respect that some people can get into the game. It does have the same weapons, gameplay, and plot as it's big brother sequels. 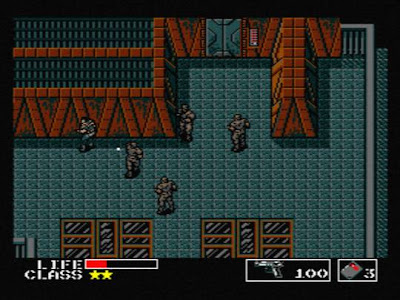 However this picture is a good reason why I never lasted very long. It's really hard to hide from guards, and gun-fights are almost impossible to win if you get caught. Way too hard for my tastes.
Posted by Adam at 3:45 PM

I actually love these old images of games - graphics have come a long way since then huh?

The older games were easier to play. The new ones require a whole new set of skills!

I am a fan of old platform games, this one was a bit too dull, I prefer the ones with a more changing scenario ;)