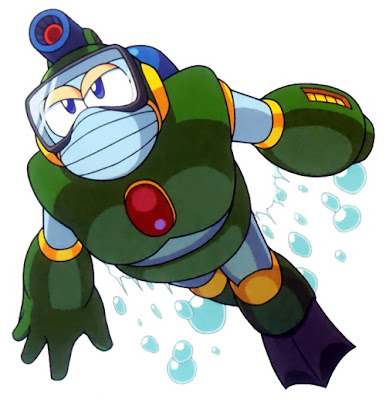 Bubble Man is one of the robot-masters in Mega Man 2. He is the first aquatic robot created by Dr. Wily. 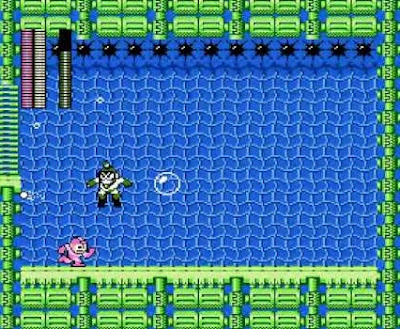 I love his stage, though he's a bit too easy. The only thing to worry about is jumping too high into the spikes on the roof. 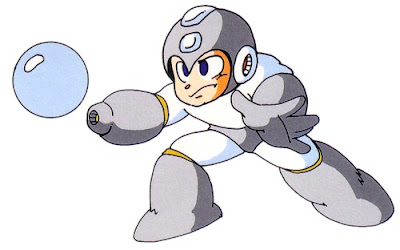 After he's defeated you get his weapon Bubble Lead. Which fires bubbles... 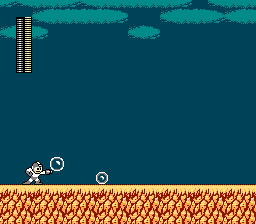 The bubbles roll around on the ground and aren't the most powerful blasts. Though it's the only weapon you can defeat Alien with later in the game.
Posted by Adam at 1:00 PM

I hate water levels in most games, this one was easy though.

Capcom created something special with Megaman, I am waiting for them to make something big with this franchise. I did some coverage on Street Fighter X Megaman. Check it out on my blog.