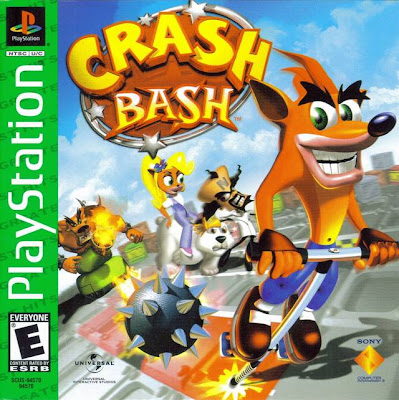 When Mario Party became a hit for the N64 in 1998, other companies took notice. Sega tried giving Sonic a chance to be a worthy rival on Dreamcast and failed. Sony released Crash Bash around the same time as Sonic Shuffle and the results were a good bit better. 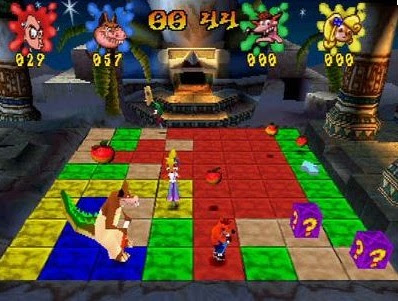 The game wasn't exactly like Mario Party. Instead of a huge game-board, the game moved through more traditional "levels". It even had boss fights. Up to four people could have fun in Crash Bash. 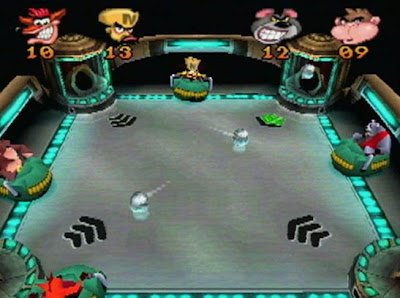 But the main draw were the mini-games. Instead of being "goal based" like Mario Party (e.g. getting most basketball goals, racing to the end, button mashing counts), they were more like Super Smash Bros. where folks could battle until one man stands. Though there were some exceptions like how Mario Party had variety in the mini-games. 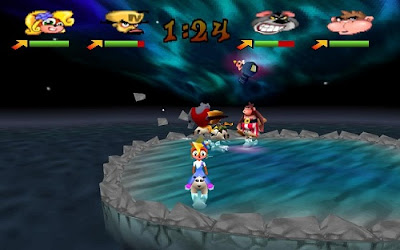 While it generated nearly positive reviews (with some notable negative opinions), Crash Bash didn't get a true sequel. There was Crash Boom Bang! on DS but that was six years after the fact. I don't know how much hype it had back in the day, because I didn't know this game existed until very recently. I'm shocked Sony hasn't put it out on PSN yet.
Posted by Adam at 1:00 PM

I vaguely remember hearing about it but I never tried it.

I had a demo version of Crash Bash. It was great! But i was a kid and couldn't afford to buy the real version. Check out my recent post on Crash!! - http://funnypetsweirdpets.blogspot.com/2012/12/funny-cartoon-animal-in-real-life-crash.html

hah i still havent played this one

this is something i played the most back then

I was one of the programmers who worked on this (including the Pogo levels). I found this page whilst searching for screenshots. Thanks for the nice comments! :)