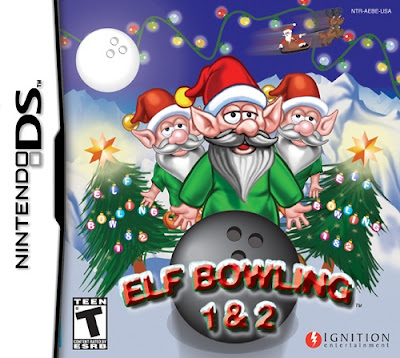 Back in the early days of the Nintendo DS, Elf Bowling 1 & 2 was released. I had no idea the series had a decent amount of popularity on PC. However that wasn't enough to convince me to get this strange little Christmas game. 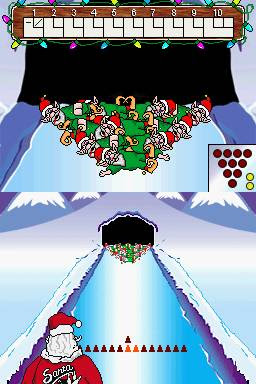 The game is basically about Santa Claus taking revenge on the striking elves at the north pole. How? By striking them down in bowling. Get it? Yeah it's not funny. 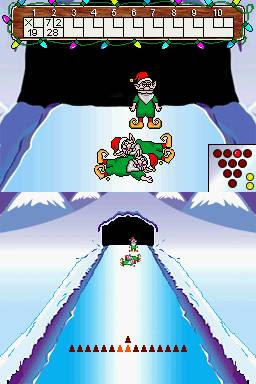 One of the reasons why it had a faithful following on PC was because it wasn't posed as a legitimate game. Just a fun little side-project of sorts. It was no challenger to say Half-Life. However it's crude graphics, bare-bones game-play, terrible music, and weak content was an insult as a DS game. 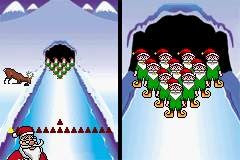 To make matter worse they also made a GBA version too. Both were universally panned by critics and gamers alike.
Posted by Adam at 10:00 AM

I played it a few times. It gets old quickly.

Nice blog! im following you now!
please follow me back!

i really dont know about those games..but my son 13 probably love them!!Beautiful photo of santa though!!nice post as always!!big hug to you Adam:))

Never knew this game.. Looks so cool though..hehe Is he a wicked Santa? lol

I'm sure that this video game company has gone bankrupt by now.