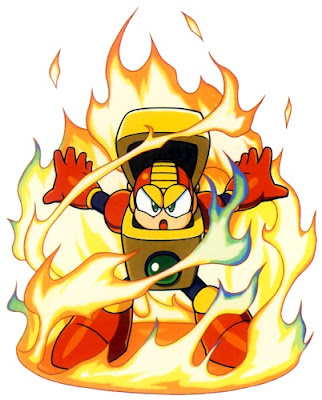 Heat Man is a robot master from Mega Man 2. Based on Fire Man, he's the first fire-robot crafted by Dr. Wily. 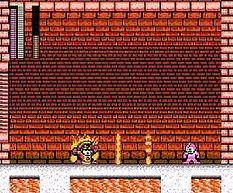 He's one of the tougher bosses to defeat without his weakness. I know I had to use it to win. 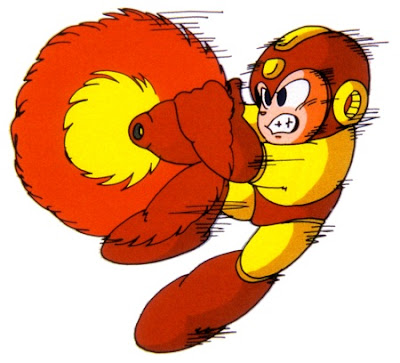 After he's defeated, you get his power, the Atomic Fire. 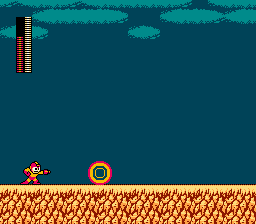 Which is one of the best powers in the game. The first chargeable power in the series too.
Posted by Adam at 1:00 PM

A world I know not. Tell us,ore about the benefits, of gaming. Aloha

is this stronger than fire man?