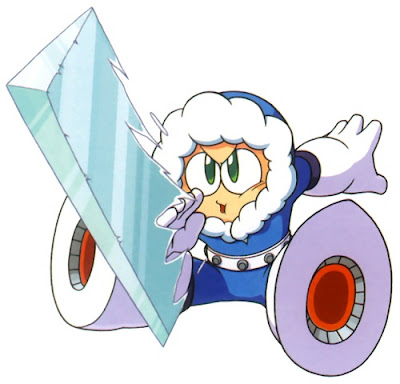 Ice Man is one of the original robot masters in the Mega Man series. Originally crafted by Dr. Light but corrupted by Dr. Wily, he turns bad and Mega Man must truck on through his arctic stage to face him. 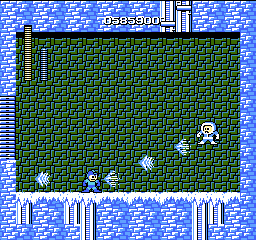 I did enjoy the fight against him. Not terrbily hard, though the ice blasts are a bit hard to dodge. 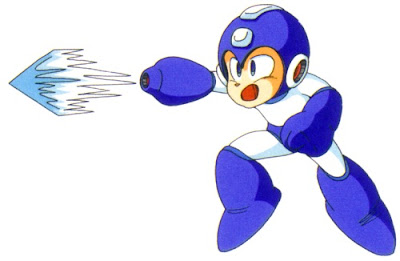 After his defeat, Mega Man gets his signature move: the ice slasher. 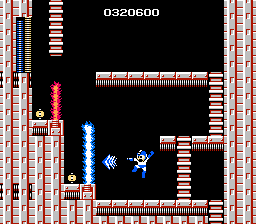 Except you could only fire one ice blast at a time. A tad weak but the freeze power came in handy at times.
Posted by Adam at 10:30 AM