A Look Into Video Games: The Lord of the Rings Vol. 1 (SNES) 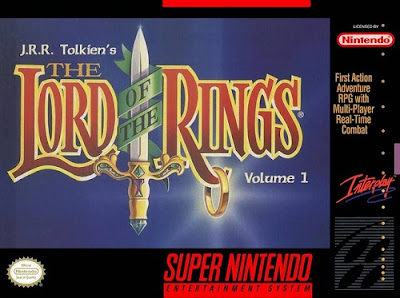 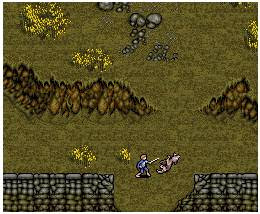 The game is based on the book The Fellowship of the Ring. You start out as Frodo Baggins and gain characters like Gandalf, Sam, and Legolas in your party as the game continues. It was an action-rpg that played a little like Zelda. It all ends with a battle of the Fellowship vs Balrog making it not very true to the book. 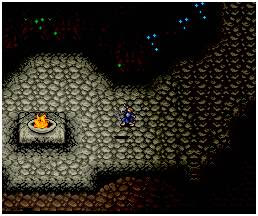 The game wasn't well received either with its awful graphics, boring fetch-quests, and dumb A.I. allies. The bad retro reviews I saw many years ago didn't exactly make me want to go find it. Despite it be a Vol 1, no sequel was made. You could say this was the one Lord of the Rings game to rule the trashcan.
Posted by Adam at 9:52 AM

Email ThisBlogThis!Share to TwitterShare to FacebookShare to Pinterest
Labels: A Look Into Video Games, lord of the rings, snes, Tolkien

OMG! SNES...taking it back old school. I love video games, by the way. Csll me corny, but my all time favorite will always be Zelda for N64. Loved it!!

so so cute! love it.
have a nice evening.
maren anita

Damn I never even knew this existed!

I still remember The Hobbit on the ZX Spectrum. 'Thorin sits down and starts singing about gold'.

I don't remember this game. Interesting.

i never knew this has a nitendo game