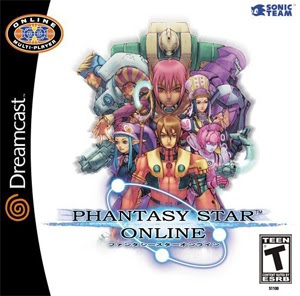 While Sonic Team might be constantly criticized for never really getting Sonic right when 3D came along, their magnum opus during the Dreamcast era was Phantasy Star Online. Which revived the classic Phantasy Star series after a 7 year break. 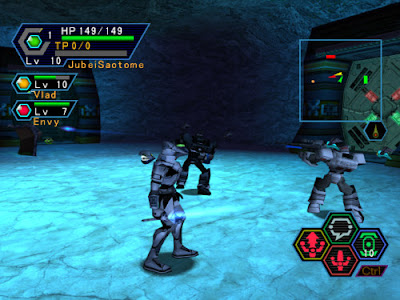 While the old series was more or a less a compeitior to Dragon Quest and Final Fantasy, PSO was in a class of it's own. The only thing like it were MMOs like Everquest on PC. It was to be played online as players can choose different classes and join other players to conquer levels and defeat bosses. 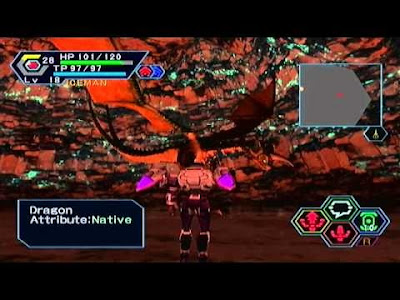 The game later came out with different editions like a 2nd version with new content on Dreamcast. After the "death" of the Dreamcast, Sega ported an enhanced version on Nintendo Gamecube. There was also an Xbox version later on, but oddly it's unplayable now since it had no offline mode and the online service for the original Xbox is gone. 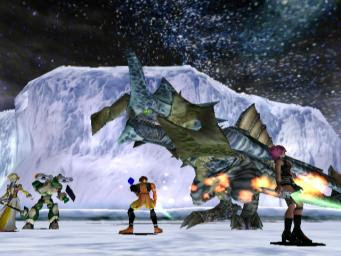 This was one of the games I was always meaning to get, but never did. I never had broadband (until 2005) or got the internet adapter for Gamecube which was a big reason for it. Unless they come out with a Xbox Live Arcade version, I doubt I'll ever get the chance to try it out. I hear the sequels never recaptured the magic of the original.
Posted by Adam at 1:00 PM

Never tried it out either, but I heard the first was good.

never even knew this game existed.

It looks like a super game. I never played so I am sure I'd be soo bad at it.
You kids are lucky to have such great effects in games today.

wow the game interface somehow reminds me of dragon nest