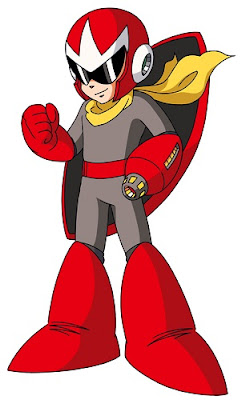 Protoman is the "brother" of Mega Man making his first appearance in Mega Man 3. He is the first robot created by Dr. Light, but later went rogue before his blue brother came along. 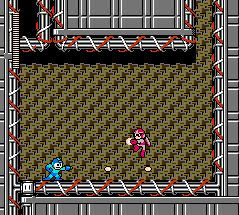 He first pops up as a side-boss of sorts. But in the later games he is the ally (story-only) of Mega Man and makes cameos in spin-off games. 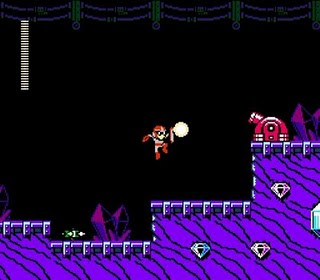 I always liked Protoman and thought it was pretty sweet to play him in Mega Man 9 and Mega Man 10. 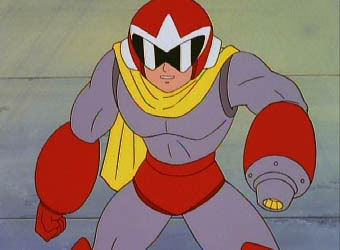 I didn't like him in the cartoon though, he's too evil. 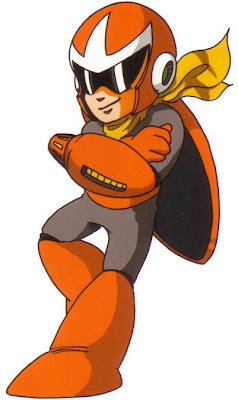 His Japanese name is ブルース (Burusu) which means "Blues" as most of the main characters in the original Mega Man series are named after music in Japan.
Posted by Adam at 4:00 PM

I barely remember that cartoon

I like anime; grew up on ASTRO-Boy & KIMBA the white lion

Aloha to YOU from Waikiki
Comfort Spiral

One of my favorite characters from the Mega Man series. I was very unsure of him when I played Mega Man 3, but the ending to that game sealed the deal that he was an ally.

Never knew there was a red one, too.