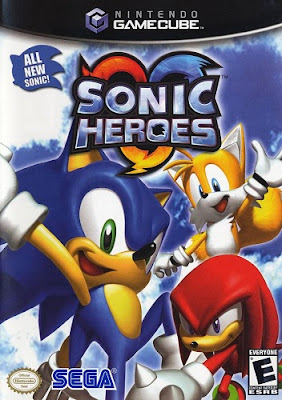 While Gamecube fans liked the ports of the two Sonic Adventure games, Sonic Heroes was the first original Sonic game for the system. Ironically Sega also produced PS2 and Xbox versions which gave Sonic a home on all the major consoles. Though most critics cite the Gamecube version as the superior edition. 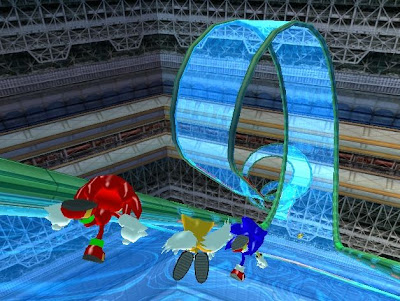 Regardless of platform, Sonic Heroes was a good bit different than the Sonic Adventure games. While those games stopped the furious speed with adventure elements, this game was more true to it's 2D roots. It was a pretty straight forward platformer with little distractions. 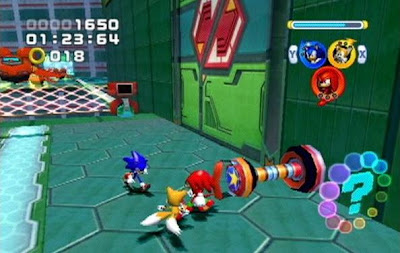 The game also made use of Sonic's friends and enemies being forced upon the player. You can pick between four teams of three. So you had the good team (Sonic, Tails Knuckles), the evil team (Shadow, Rogue, Omega), the girly team (Amy, Cream, Big), and the weird team. The last team was comprised of the awful characters from Knuckles Chaotix. I have to give Sega credit for bringing back such strange characters for no reason. 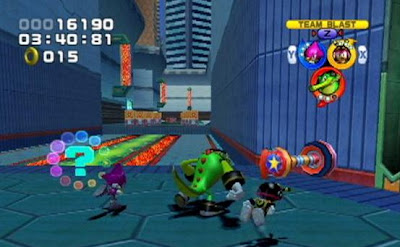 The game was received well by critics, and fans but nothing compared to the praise of the Genesis generation. I ended up never playing the game myself, but I was very tempted at the time. At least it wasn't as awful or bizarre as some of the sequels that followed.
Posted by Adam at 5:00 PM

i love sonic though i never played its game