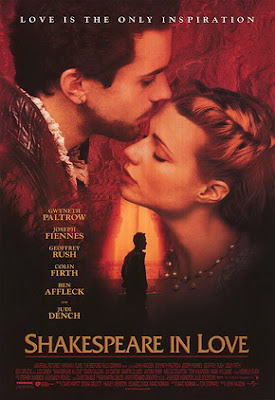 I remember hearing about Shakespeare in Love in the early 2000s when my English teacher got some videos with the film's cast talking about Shakespeare and his plays. I always found high school English classes' love for Shakespearean plays over-rated, so I skipped my interest in it during 10th grade. Now in 2012 I learned it had won the Oscar for Best Picture in 1998, so I had to give it a go. 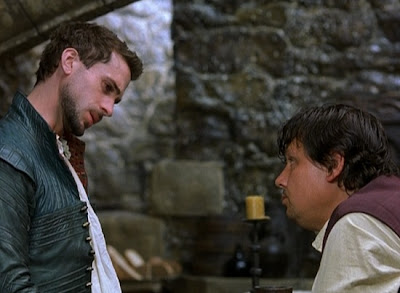 The film starts out with a very young William Shakespeare who isn't as well-known as he would later be. After having his heart-broken, he scraps his new comedy and is hit with severe writers' block. He requests actors to audition for roles, and is amazed when one young man steals the spotlight. 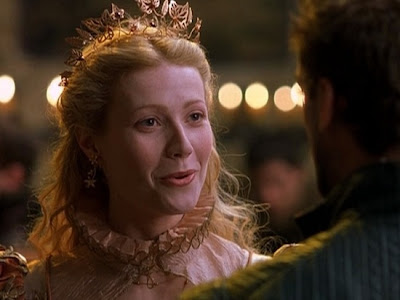 Except that young man is actually a woman (women couldn't act back then) named Viola de Lesseps. She loves Shakespeare as he falls for her as well. Viola continues to act as Romeo in secret as William Shakespeare warps the script to his play into the most famous tragedy in fiction. But Viola's unwilling engagement to Lord Wessex poses a problem for the two lovebirds. 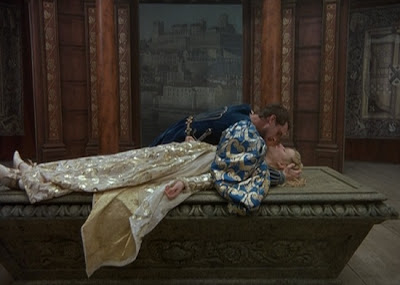 Despite my distaste for Shakespeare, I can see why it nabbed the Oscar in 1998. Joseph Fiennes plays a role so good that I ironically can't imagine him as the William Shakespeare I pictured in my head for years. Gwyneth Paltrow plays an outstanding role, and I can see why this was considerable her first break-through performance. I do like Shakespeare in Love, though I admit the inner-historian in me kept saying "never happened, never happened, never happened" and that ruins the fun of a movie a little bit.
Posted by Adam at 10:49 PM

It is a great film, I love it! especially Gwyneth Paltrow, she is so friendly and beautiful:) Kisses

i remember when this came out. i thought it was only ok. i didn't love it. i didn't hate it either.