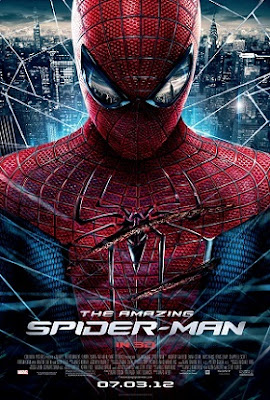 While I was big fan of the original Spider-Man films, I almost felt like The Amazing Spider-Man came too soon until I realized Spider-Man 3 came out five years ago in 2007. While I didn't see it in theaters (due to other superhero movies I wanted to see more) but I finally had the chance to see the all-new amazing Spider-Man. 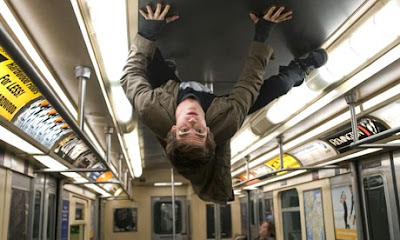 This film is not a continuation of Spider-Man 3, but a fresh reboot of the story. Which is good and bad in a way. Most of the story in the first half is typical. Peter's parents die, Uncle Ben gets shot, Peter gets bit by spider, etc. But I did like how they were a bit truer to the comics by making Gwen Stacy the first love of Spider-Man. I thought Emma Stone did a wonderful job, and I was surprised by Denis Leary's role as her father Captain George Stacy.

I also thought that the film's villain The Lizard was much better than I imagined. He's not exactly the most well-known Spider-Man bad guy, but they stayed pretty sure to his story-line. Like how his human self Dr. Curt Conners has no hatred for Peter Parker/Spider-Man. 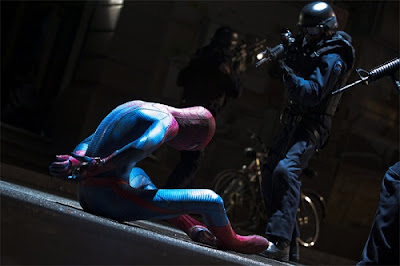 It may be a little cheesy, but I'm looking forward to the next sequel even if they say the next villain will be Electro. When comparing it to the original Spider-Man film I can't say I can pick a favorite. They're different and good in their own ways. Ironically though even though Spider-Man is my favorite superhero, I thought The Avengers and The Dark Knight Rises were much better movies. I did think those movies were pretty awesome, but The Amazing Spider-Man is still a great film regardless.
Posted by Adam at 3:00 PM

I liked it. It's been since 2007 since Spiderman 3? That's still two hours out of my life that I won't get back.

I HATE that they keep doing the damn origin story over and over again. If people don't know by now, screw em.

I'll admit to having never seen any of the Spiderman movies--this one sounds pretty good, though. Thanks for the review!

I love super hero movies. These are all great family movies and I wish they would make more like them. A bit of fantasy, a bit of reality, a bit of heroism, a bit of action, a bit of romance
It's all there. :)

I loved this one way more than the other...I never really bought Toby McGuire as Peter Parker. And Emma Stone is just awesome!

honestly i loved the first trilogy of spiderman than this

I haven't seen this movie, but the original trilogy of Spiderman movies were some of my favourite movies of all time! I liked the complications for Spiderman outside the normal "being a superhero" business and preferred its less action-centric plot to the one in The Avengers, which was all over the place. I'm looking forward to seeing this movie!