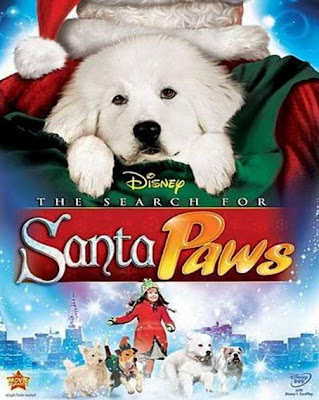 This month I meant to watch a lot of Christmas movies I have never seen before. I failed my goal, but the other day my girlfriend Daisy and I needed a movie to watch. So I saw The Search For Santa Paws and decided to give it a try since Daisy got mad when I skipped "the puppy movies" when I chose to rent The Amazing Spider-Man awhile back. I also liked Air Bud back in the day (oddly enough this is considered part of the series), so I was willing to see if this one could impress me. 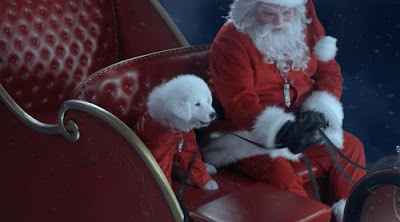 The movie is a prequel (I learned that before I watched it) to Disney's Santa Buddies. The movie starts out at the North Pole where Santa is a little depressed. A dear friend of his passes away and leaves him a stuffed animal dog as a gift. He then uses some magic to bring the dog to life. Which creates Paws, a extremely cute dog who is Santa's new best friend. 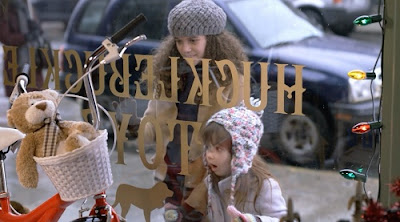 While Santa and Paws go to NYC, they end up getting separated and Santa loses his memory. Paws then runs into Quinn and Will, two young orphan girls who can't celebrate Christmas because the evil orphanage director hates it. Paws and the girls then hatch a plan to reunite with Santa, and save Christmas. 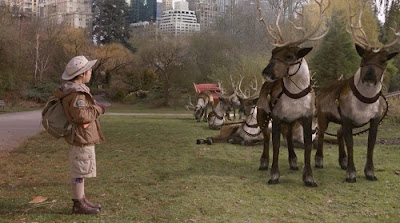 While it may be predictable, cliched, and down-right cheesy, I find it hard to hate Santa Paws.  Paws is adorable, and it's hard not to feel sorry for the girls at the orphanage. I also thought Richard Riehle played one of the best Santa characters I've ever seen once the plot gets going. I think what the movie does best is that it could fill even the Grinch with passionate Christmas cheer, and we need that this time of year.
Posted by Adam at 9:01 PM

Hmmmm..... this is a pretty good recommendation for this movie. :-) Perhaps one of these days when my granddaughter is around.

This is something my mom would so watch

my mom would love this too. it does look super cute.