Captain Falcon is one of the first unlockable characters in the series, and the first I didn't know. He is the main star of the F-Zero racing series, which is one I never played much. Since he was the star of a racing game, he was the series' fastest character. 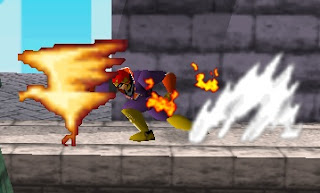 But his speed was nothing compared to his "Falcon Punch!". It's a dumb move, but I love it. 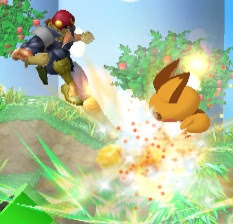 I used him a lot in Melee. Mainly for Falcon Punches again. 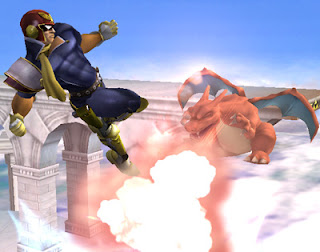 I didn't use him much in Brawl either. He did finally get outclassed in speed by Sonic the Hedgehog. 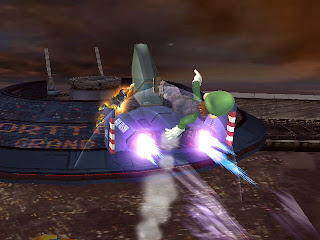 His Final Smash was decent I guess. He gets in his Blue Falcon race car and you get a chance to run over opponents.
Posted by Adam at 2:31 PM

Have you played Clash of Clans on the iPad?

no I rarely play iOS games or android ones either

I have never play in that game. ^^

hmm never heard of it before!

Falcon punch was so fun to spam and annoy all as he yelled.