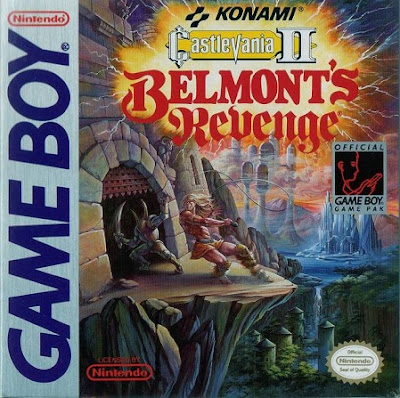 While Castlevania was a big hit on NES, it also had some notable games on Gameboy that were a bit overlooked. The 2nd title for Gameboy was Castlevania II: Belmont's Revenge which is the sequel to Castlevania: The Adventure. 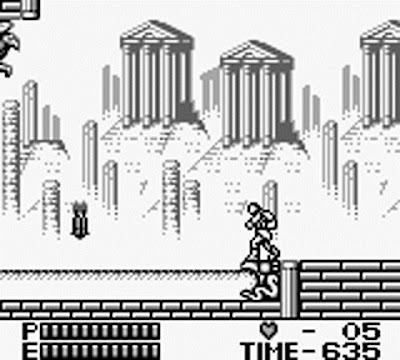 The game is set 15 years after Christopher Belmont defeats Dracula. However the old Count comes back and takes Chris' son Soleiyu (seriously? what kind of name is that?) and turns him into a demon. Now it's the Belmont family's turn for revenge, after Dracula got his revenge. So much anger, you'd think this game would involve the Sith from Star Wars. 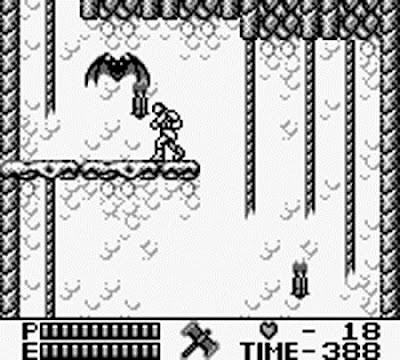 The game-play is basically the same but expanded upon it's predecessor. You can now use sub-weapons like holy water and an axe. There are four separate levels which take place in a different castle. Each castle is based on a theme like air, plant, earth, and crystal. The cool thing is that they can be chosen in any order like the Mega Man games. 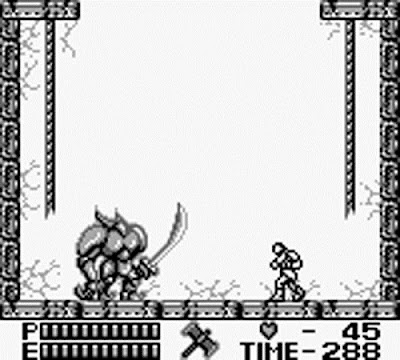 While it was received better than the original, it was still criticized for sluggish speed, and overall short play-time. I never played it myself, but I hope both games turn up someday on the 3DS' Gameboy selection.
Posted by Adam at 1:00 PM

I don't think that I ever played the second one.

Belmont isn't exactly a great name either. It sounds like a butler.

Never heard of this game at all. Looks pretty interesting.