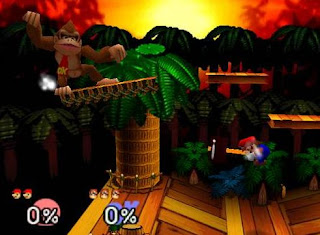 Mario's original villain made his first appearance in the Super Smash Bros. games with the original.  His brute strength and powerful blows made him a formidable character. I used him a good bit in the original. Especially when it was fun to throw people with his grab move. 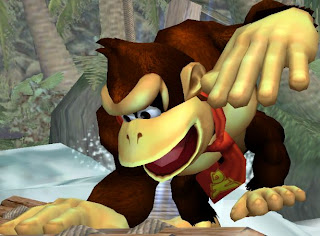 He was basically the same in Melee. He wasn't one of my most used characters though. 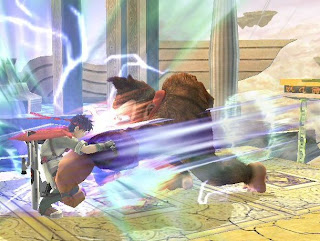 I don't think I even used him that much in Brawl. Maybe to counter someone like Fox who could reflect energy attacks.
Posted by Adam at 4:00 PM

Donkey Kong was (is) cool!

Kind of sounds like my experience with Link. I wish they hadn't nerfed him so much in Brawl.

a game of of all life!

Donkey Kong got dumbed down to crap in brawl, but then so did everyone. He was great in melee and the first one, hate how they took is drop kick away in melee though.

I liked this game !