Fox McCloud ditched his arwing spaceship for the first time for some more personal combat in the original Super Smash Bros. He's appeared in every sequel since. 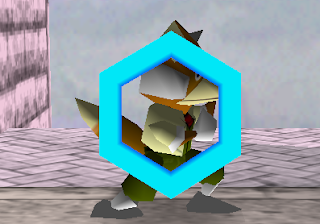 He's been one of my favorite characters. He's got great power, speed, and he can reflect any projectile-based attacks. From big laser blasts to baseball bats. I like the fact that if you can reflect a pokeball item then that pokemon becomes yours instead of the player who threw it. I won a few matches with that move. 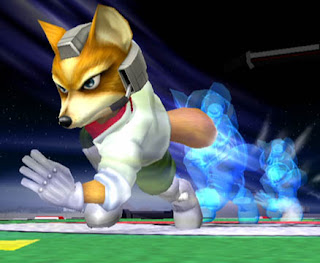 He was even better in Melee. I used him about as much as I used Samus or Link. 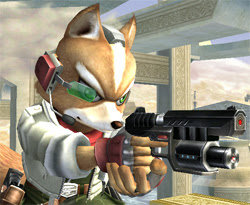 I hated the changes to him during Brawl. I guess he was better than Falco and Wolf. 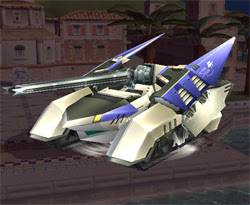 His Final Smash was lame. A big landmaster tank is not easy to control either moving or trying to blast someone off the stage.
Posted by Adam at 8:48 PM

I love the graphics in those games. That's an artform in itself.

Yeah he was great in melee, other than he seemed to weigh a ton when he fell haha

I was never a fan of Fox to be honest.