A Look Into Video Games: I-Ninja 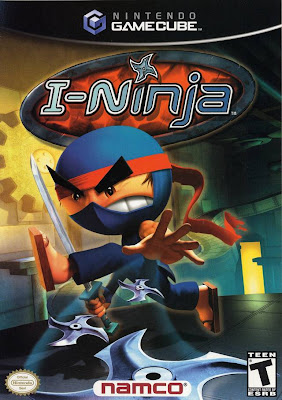 While the best video games are often the big contenders like Mario, Sonic, Zelda, Halo, etc. sometimes a small gem makes it onto the scene. One of those was I-Ninja for the Gamecube, PS2, Xbox, and PC. It came out in 2003 and was a notable hit at least critically. 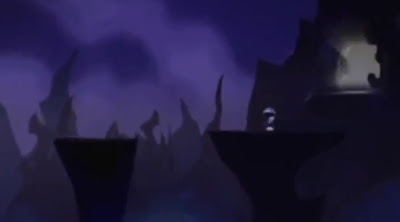 The game itself was a goofy parody of all things ninja. Evil ninjas, dead senseis, and so many cliches to make your head spin. But it's done comically so it actually works out. 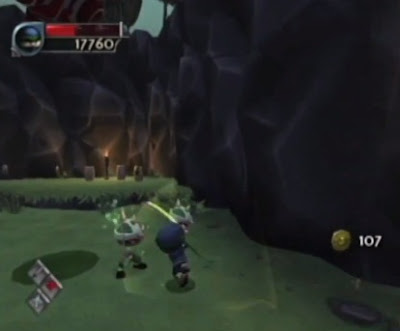 The game-play was mostly an action-platformer. Imagine Ratchet and Clank meets Zelda and you get what I mean. But the ninja had more than just a sword and ninja stars. He had super-powers, rockets, and many other tools at his disposable  The platforming would also shift with rolling spheres, and skate-like rail grinding. And unique boss battles added to the mix. 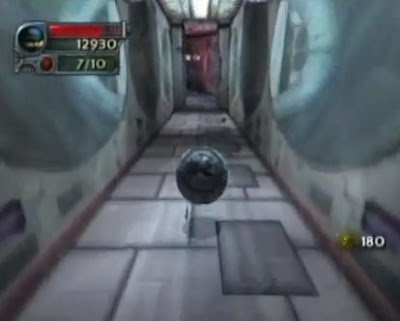 But the game was criticized for repeating levels, and some frustrating moments. But overall it did pretty well critically earning decent praise. Though it wasn't so good that it was vastly recommended by every magazine or site. So it was one of those overlooked games that never got a sequel. I'm hoping it lands on PSN and XBLA someday, because even I too missed out.
Posted by Adam at 8:00 PM

Never even heard of it, but it sounds interesting.

wow ninja is probably one of the coolest character there could ever be,
and this game may have delivered it pretty good