Nintendo's favorite copy cat (Kirby can absorb the powers of foes) made an appearance in the very first Super Smash Bros game and has appeared in every one since. 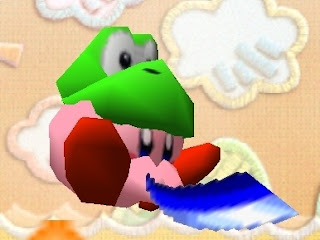 I think one of the my favorite things about the series is Kirby. You get a brand new power for each character with such a cute hat too. 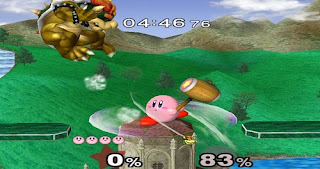 He's a pretty good character too. He packs a decent punch, but his floating abilities can save you from defeat. 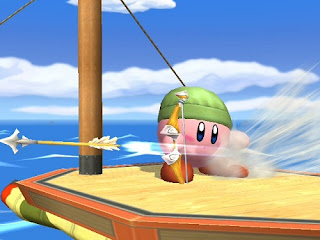 The guy behind Smash Bros. also created Kirby. So his stable spot in the series is not much of a mystery. 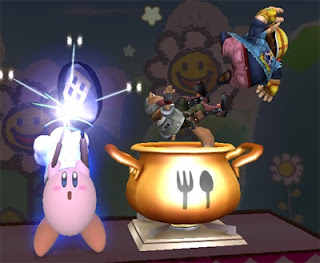 I didn't care too much for his Final Smash in Brawl though. He's a terrible chef.
Posted by Adam at 10:18 PM