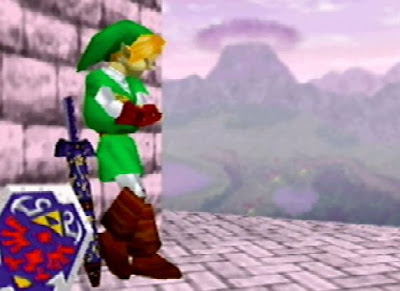 While Link rivals Mario as Nintendo's favorite mascot, he's also one of biggest and best fighters in the Super Smash Bros. series starting with the beginning. 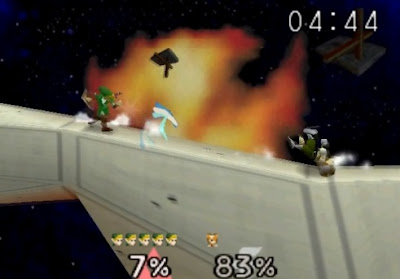 Link was my favorite character to use in the original game. I thought they did a great job taking his Ocarina of Time abilities and transforming it to the game. 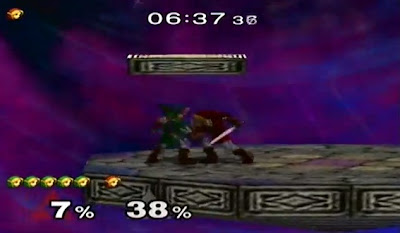 He was even better in Melee. Though I didn't use him as much with the increased character count. 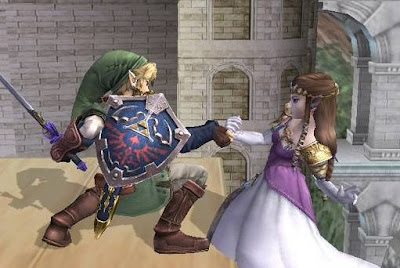 He was slightly worse in Brawl, but I still used Link a lot. I also liked how his boomerang upgraded with gust winds like how it's used in Twilight Princess.
Posted by Adam at 6:13 PM

She doesn't look too impressed by him. lol

He wasn't a bad character, just a tad heavy.

he's a well balanced character and I loved the grappling hook
though it would be nice if he actually used his ocarina for something, though I know it is a dropable item

one of the best classic in the gaming history