Mario's twin brother Luigi made an appearance in the original Super Smash Bros. If I remember right, he was the first unlockable character. 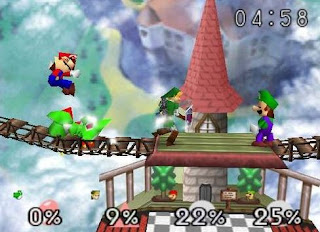 He was the first "clone" character too. He played pretty much like Mario but with some differences. Out of all the similar character pairs in the series, he's the most unique. 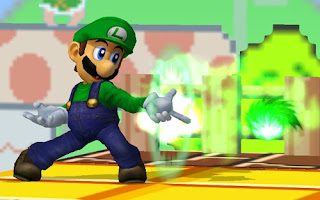 And I didn't mind using him. He was a bit of fresh air when you got tired of his more popular brother. 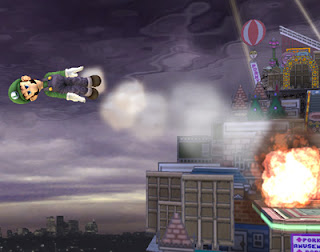 The only thing I hated about Luigi was his missile move. I often did it by accident, and fell right off the stage... 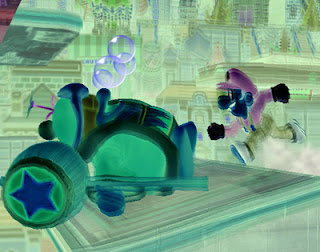 I liked his Final Smash in Brawl which was a big polarizing negative zone. Not the best Final Smash in terms of power, but I liked the uniqueness of it.
Posted by Adam at 8:26 PM

he is quite an interesting character