Ness is the star of the Earthbound series, which has only seen one title get an American release. He's one of the last unlockable characters in the original Super Smash Bros., and I honestly never heard of him at the time. 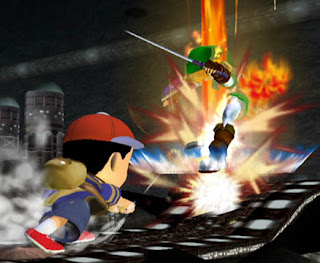 I did like how unique he was. His powers came up with some interesting moves. Though they require some mastery. 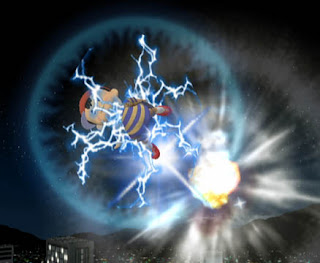 One of the worst things about Ness is that he has the worst way to recover from a fall. His main way to jump back on a stage is to use PK Thunder and hit himself with it. And if your aim is off, then you lose. 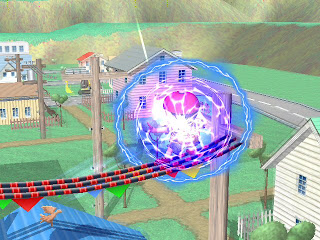 I did like his psymagnet which would absorb projectile attacks and heal you. Kinda like the opposite of Fox's reflect shield. 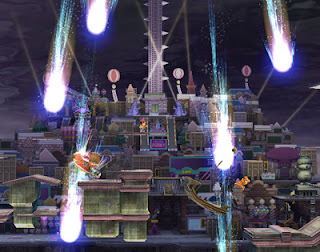 His final smash PK Starstorm is okay I suppose. One of the few you can sorta dodge if you're playing against Ness.
Posted by Adam at 6:00 PM

i still dont even know who this ness guy is

Ness is awesome. Love me some Earthbound.