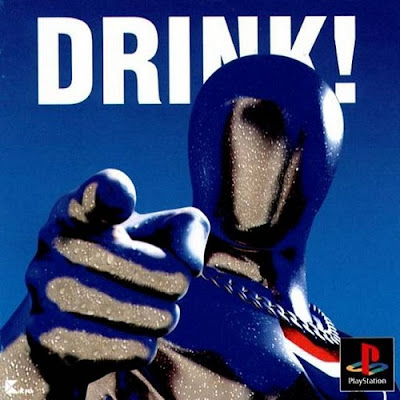 While Coca-Cola might have Santa Claus as their mascot, Pepsi has Pepsiman. Who's Pepsiman you ask? Well he's the ultimate super-hero who saves thirsty people. Except he's only well-known in Japan for being a goofy mascot for Pepsi. 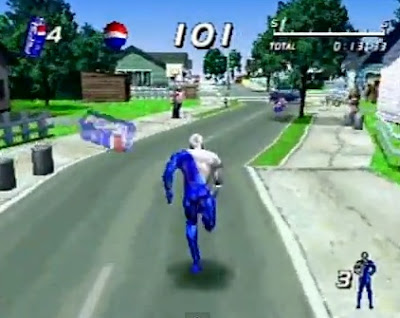 So in Japan, he did get his own game on the original PlayStation. It mostly involved Pepsiman running while collecting soda cans on the road. There was also many obstacles you had to avoid while dodging or sliding past them. 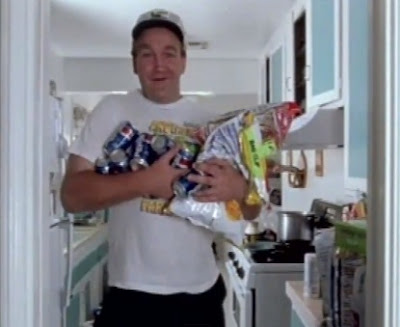 And between levels there was this random guy who really loved Pepsi and Lays Chips. For some reason Pepsiman has always used western actors for their productions. I wonder if this guy had any idea in what he was appearing in. But he sure knew how to be obnoxious. 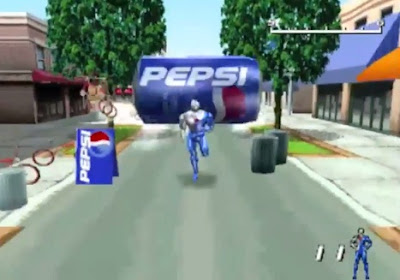 Gamers usually cite Pepsiman with short levels, simple game-play, and a overall less-than-stellar experience. But it's odd humor, and unique history place it as a must-have for PS1 fans. Though it's not exactly the easiest game to acquire though. It would be neat to see this appear on the U.S. version of PSN one day. I would like to give it a try.
Posted by Adam at 10:00 PM

Lol, that's hilarious! Never heard of him till now :)

Now, this is new to me! I never knew about this character.