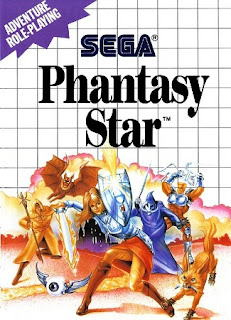 The late 80's was the start of many classic RPG series. Enix had Dragon Quest, Squaresoft had Final Fantasy, and Sega had Phantasy Star. This Sega Master System RPG might of been a distant 3rd place, but it does belong in the hearts of many Sega fans. 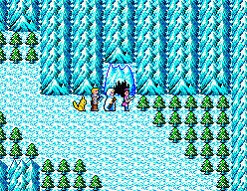 One of the first things that really set it apart from the rest is that the story (for it's time) was pretty complex. There weren't really any middle-aged style kingdoms or magic crystals. Instead you had 3 different planets, robots, fictional politics, and religion issues. 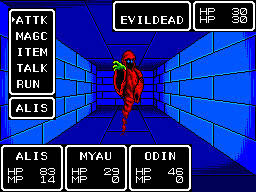 The game itself was very similar to the Dragon Quest games. Moving around in a big over-world  and then battling in a face-forward view with all kinds of monsters and bad-guys. With plenty of towns, magic, and weapons that improve as you go along. 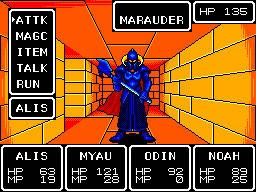 At the time of it's release, Phantasy Star was one of the break-through games in the genre. It was one of the biggest games on the Sega Master System, and faced near universal praise. The classic series ended with the fourth entry in the series, but the spirit lives on in the Phantasy Star Online and Universe sub-series.
Posted by Adam at 2:23 PM

The sega logo brings back some happy memories!

It's the first time I ever hear about this game!
Don't Call Me Fashion Blogger
Facebook
Bloglovin'

I remember seeing it all over the place at the time, but never played it.