While he's the star of the Pokemon series, Pikachu is also one of the most iconic fighters in the Super Smash Bros. series. 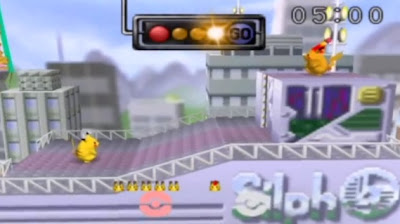 I loved using him in the original game on N64. I thought his electric attacks worked really well especially with the stage design. 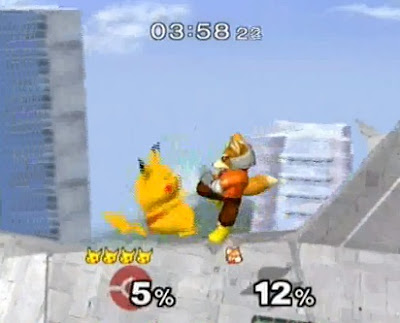 He was pretty good in Melee too. Though my brother used him more than I did. I would often counter him with Fox McCloud as his reverse-shield (which throws energy-based attacks and items back at the thrower) and great speed gave me the advantage. 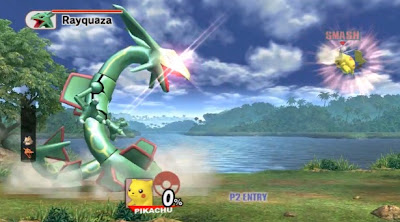 In Brawl, I don't think I used him that much. Though that might have to do with the massive character count.
Posted by Adam at 3:00 PM

He wasn't bad in the first two, hate anything brawl so there's that haha loved his stage in the first one too.

i love pikachu
and i guess this game were quite ok