A Look Into Video Games: Quest 64 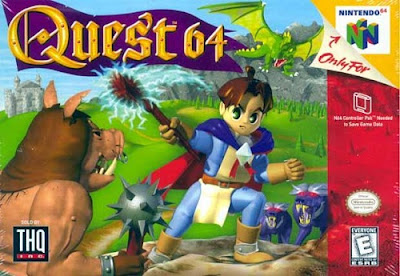 The Super Nintendo had plenty of great RPGs from Nintendo to 3rd parties. Chrono Trigger, Final Fantasy, Dragon Quest, Secret of Mana, Breath of Fire, and Earthbound to just name a few. The N64 had Paper Mario... Yeah pretty much Paper Mario was the only good RPG on the system. However the N64 did have a few bad RPGs such as Quest 64. 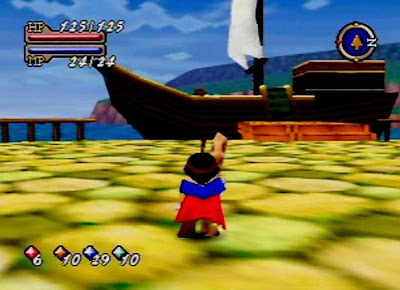 It originally gained a good bit of hype, but I guess when you're one of the few RPGs on a struggling system then you get some attention. The story is about a young mage named Brian who searches for his dad who's searching for some guy who took his magic book. Needless to say, the plot didn't go down as one of the finest video game moments. 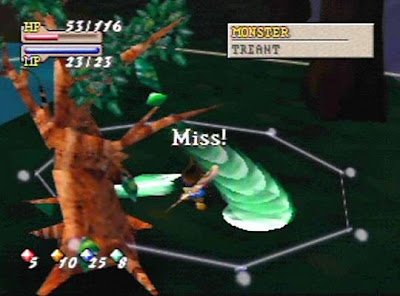 So the plot was dumb and cliche, but what about the game-play?  Well despite being released in an era of Final Fantasy VIII and Chrono Cross, Quest 64 took many steps back. One of them was that there was no party. Brian fights alone, and he uses elemental spills that have strange range and often miss for no reason. 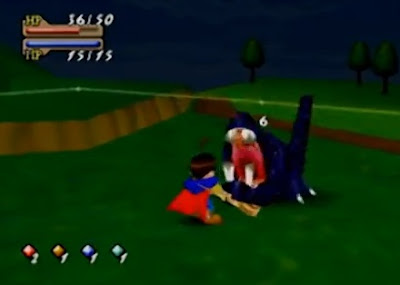 While N64 fans try to sugarcoat the quality like complimenting the graphics and spell variety; it was almost universally negative criticism from gamers. The terrible game-play, boring plot, and awful camera angles made this package a mistake. A sequel was considered, but never saw the light of day either on the N64 or the Gamecube. Thank goodness!
Posted by Adam at 7:00 AM

Email ThisBlogThis!Share to TwitterShare to FacebookShare to Pinterest
Labels: A Look Into Video Games, N64, THQ

I read somewhere that playing video games sharpens reflexes. Have you found that to be true? Just curious.

I never played this one...As an aside, a recent study demonstrated a correlation between gaming and some aspects of I.Q. It's one study and (likely) has plenty of limitations and caveats. Nonetheless, it might point to an important, positive contribution to health from playing video games. Feel free to email me if you want a link to the article.