Samus Aran is the super-star legend of the Metroid series. Even though she didn't get her own N64 game, she did appear in the original Super Smash Bros. game on N64.

But admit it, this is why everyone liked playing as Samus. Charging that big laser blast to take out your opponent. I would almost have to pick Fox so I could reflect the attack from anyone who picked Samus. 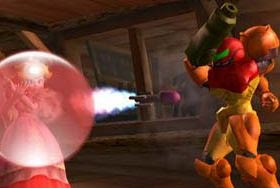 Samus was pretty good in Melee as well. One of my most used characters. 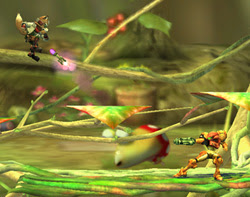 She was slightly worse in Brawl. Not as powerful as she used to be. 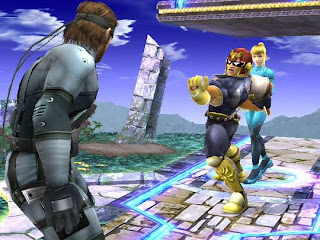 And one of the best and worst things was her ability lose the armor and fight in the Zero Suit. Which changed her moves completely. I enjoyed the faster speed she had, but I really wished the two iterations were separate characters. 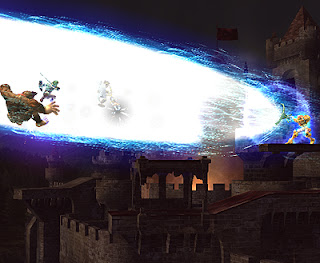 Cause when you pick regular Samus, then you expect to play as regular Samus. Her armor breaks after using the best final smash ever, the Zero Laser. And then you have to reevaluate your strategy as Zero Suit Samus.
Posted by Adam at 5:00 PM

Yeah she turned out quite pathetic in brawl, all her charge shot did was tickle.

I knew nothing about Samus earlier... It will be necessary to learn that for game...

Zero Suit Samus is actually better than normal Samus believe it or not.