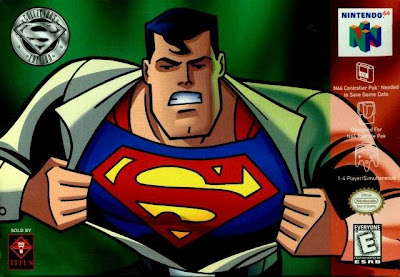 While Superman may be the most iconic superhero in history, he's not exactly had the greatest share of fantastic video games. In-fact Superman 64 is considered not only the Man of Steel's worst moment, but one of the worst games of all time. 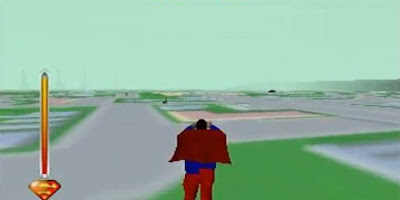 A Superman game doesn't seem like such a hard concept to make. I'd expect to fly around, use laser beams, and punch bad guys. Well they're all here to some extent, however the game expects you to like flying around a lot. Lex Luthor challenges Superman to complete various goals, and the results are pretty lame. 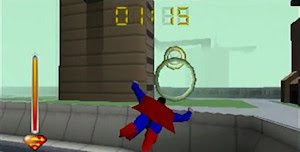 Superman 64 is synonymous with it's tedious ring-flying. The game also has enemies, villains, and other tasks, but you'll remember the rings. The game's controls are so bad that even flying is an unnecessarily dreadful task. The ring challenges usually get the player stuck early in the game, and too frustrated to keep going.

Which is one of the reasons why it's easily ranked as one of the worst N64 games ever made. The strangest thing of all is that they planned on making a version for the original Playstation. The game never saw the light of day, but some critics managed to play it before it's cancellation and shockingly they thought they did a much better job on it.
Posted by Adam at 3:00 PM

Has there ever been a decent Superman game? I can't think of one.

Lol I can't look at this game's boxart and help but recall all the hatred and ridicule it has received,

well worst game huh!
too bad his previous movie were also not good