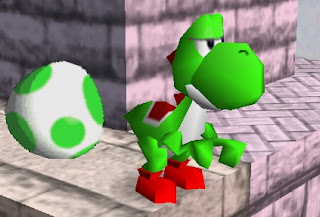 Mario's dino pal Yoshi also appears in the Super Smash Bros. series. His popularity unsurprisingly got him in the original game too. 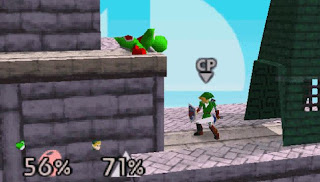 He was a great character in my opinion. He had a decent mix of power, speed, and distance. 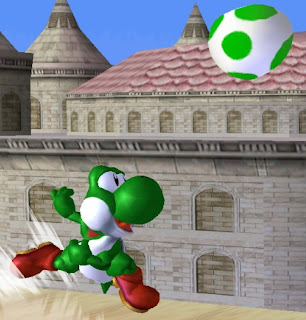 I didn't use him that much in Melee, but he was my brother's most used character besides maybe Pikachu.  He would often use the move where Yoshi turns into a egg and can run over you back and forth with fury. 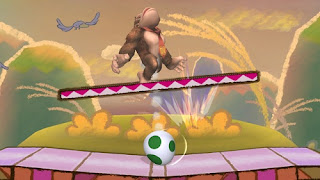 He was pretty over-shadowed in Brawl. I didn't use him that much.
Posted by Adam at 11:00 AM

well he's one of the iconic character game world ever had