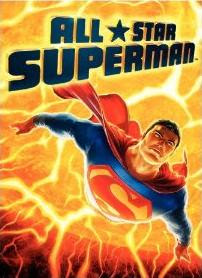 I'm not exactly the biggest fan of Superman to be honest. But I've been giving him more interest after watching the excellent works based on his friend Batman. I came across All-Star Superman which is an original story outside the official comic story-line. 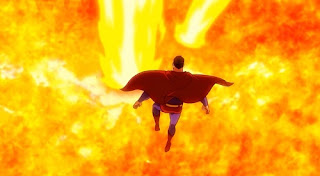 The story starts off with Superman saving a spaceship studying the sun. He does his job well, and gets everyone back to Earth safety. But soon after they get back to Earth, one of the scientists he saved makes a startling discovery. The exposure of the Sun has overwhelmed Superman, and he's given a few weeks to live. 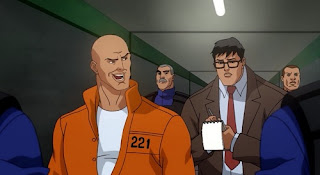 He finds out that it was all a trick produced by his nemesis Lex Luthor. Luthor wanted to go down in history as the man who killed Superman. So Superman goes about his life trying to tie down loose ends, and still saving the world.

I thought the ending was rather dumb, but I really did like Lex Luthor in the film as well as Lois Lane. It's a decent film, but it is boggled down by a pointless plot. Superman fans will probably like it, but this is certainly not the best work from the Man of Steel.
Posted by Adam at 11:25 AM

wjoa another dc huh are you completing the justice league or something?
anyway i guess there'll be such a movie soon

Superman is my favorite comic book character. And yes, he has a lot of dumb plots. But he more than makes up for it with his entire mythology (which basically is at the core of the DC universe).

guh, Im not a huge Superman fan either. Im still looking forward to his new live action film though just because I grew up reading comics and love seeing them brought to life on the big screen

Not a huge fan of the series or of this genre in general, but the voice acting was pretty decent.