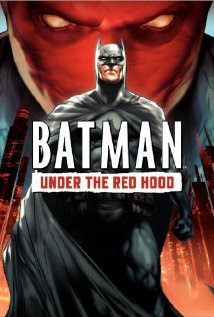 Lately I've been watching a lot of things based on Batman. I've known about Batman: Under the Red Hood for a little while but never picked it up. Never heard of the villain before, but it's actually one of the most interesting stories based on the comics. 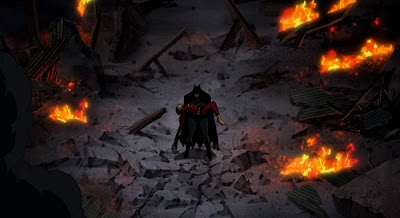 The film starts with a flashback based on the comic storyline "A death in the family". Which shows the Joker versus the 2nd Robin, Jason Todd. The Joker ends up with the upper-hand and leaves before Batman gets there. As soon as Batman arrives, the building bursts into flames and Jason is dead. 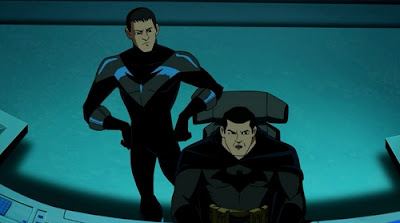 Then it forwards to many years later where the Joker is already locked up in Arkham Asylum. Batman then encounters a new anti-hero on the scene who calls himself the Red Hood. He puts complete control on the dark side of Gotham to seek his ultimate plan. But when Batman realizes the two are connected, the Dark Knight stops at nothing to set things right. 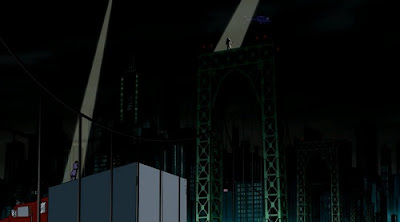 While the animated films are usually good, they're rarely great. And I really think this one really takes the cake. That may be because that it's based on two excellent comic book story-lines, but I loved every minute of it. It could even rival the Christopher Nolan and Tim Burton films.
Posted by Adam at 3:39 PM

i like batman i even have shirt with him :p

wow, thats really interesting, I will look this up, we are huge Batman fans, thankyou Adam for visiting and for your kind words,

yeah this one was very good, loved the ue of nightwing in it.

Seems cool, I think I need to watch it.

I think I'll go check it out. I remember when Jason Todd got blasted. Never a fan. Preferred the original Robin myself.

The last fight in this movie was action packed. You also finally got a good insight why Batman doesn't kill people.