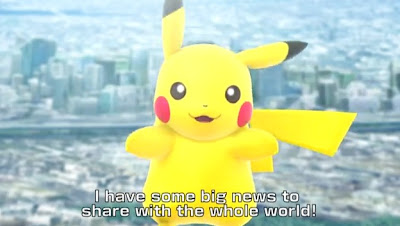 Yesterday I had decided to get a 3DS (it's on its way but not here yet), and I was shocked to learn that Nintendo had just announced (via Pikachu here) that a new Pokemon game would hit the 3DS for a worldwide release next October. I guess it's not terribly surprising for a new Pokemon title to be on the system, but I had honestly thought it would be a long time since they had just released Pokemon Black 2 and Pokemon White 2 not too long ago. 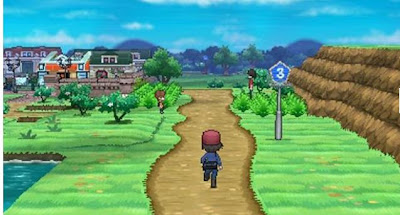 I was a bit unsure whether I should get into Pokemon B&W or it's sequels, as the last original Pokemon game I played was Pokemon Diamond back in 2007. But seeing the trailer, I have to say the new 3D world looks pretty rad.

The starters don't look so rad. I'm picking Froakie as I usually get the water-starter. 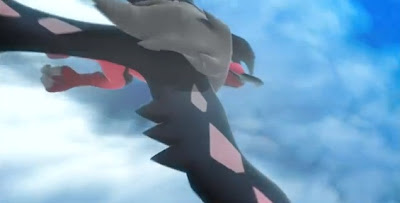 And they gave a glimpse of the new legendary pokemon (who'll probably grace the cover) as well. First a majestic flying bird pokemon that shows an obvious shape of a Y. 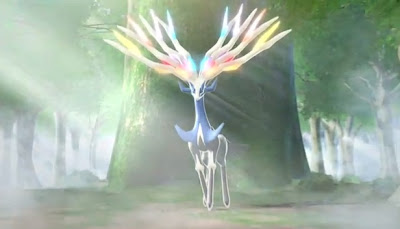 And then an elk-like one that must be the X. No names have been confirmed yet from what I heard. 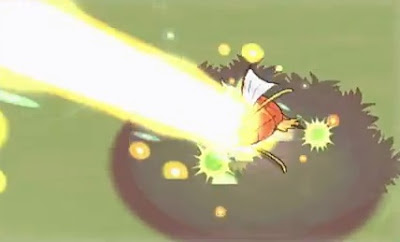 But what I was really impressed to see was the new battle animations. Here's pathetic Magikarp here getting a beam blast from Chespin. Gone are the days of the basic and crude battles. 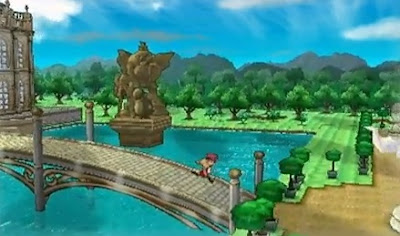 I'm not expecting perfection, but I'm hoping Pokemon X and Y take the series into a bold and better direction.
Posted by Adam at 5:00 PM

I hope it is going to be good again, the last one I really enjoyed was Gold and Silver.

wow this is such a breakthrough in pokemon gaming!
cool!