Into the Universe with Stephen Hawking (TV Mini-Series) Review 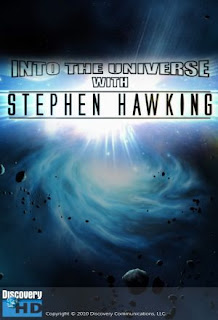 Most in the scientific community are well aware of Stephen Hawking, who may be one of the greatest minds to ever walk the Earth. I saw his TV special on Netflix Instant, and I had to give it a look. It's comprised of 3 very good episodes about life, our solar system, and the universe as a whole. 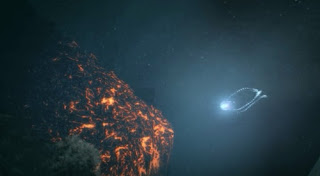 The first one is all about aliens. No not the alien cyborgs from sci-fi films but theories about life on other planets. Hawking gives a great idea on how huge the universe is with all of it's stars and planets. So it's more than possible than some form of life exists somewhere. One part shows a far away planet with a very primitive world of predators and prey who are constantly evolving. I was more fascinated by the theory that there may be life on Jupiter's Moon Europa. The whole surface is frozen, but the core may be hot enough to support liquid water underneath. Making it perfect for a dark underwater ocean of creatures either today or some point in the future. Who knew aliens might be so close to home? 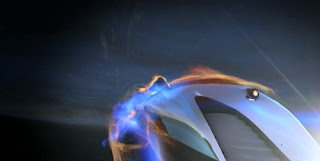 The 2nd episode breaks into the concept of time-travel. Hawking does a great job at disproving instant time-travel similar to those that appear in TV shows and movies. However he does an even more remarkable job at showing how gravity and speed can affect time. We know that gravity can slow down time, and he shows that if you could travel at the speed of light for about a week, that when that time was over then 100 years of Earth time would've passed for everyone else. 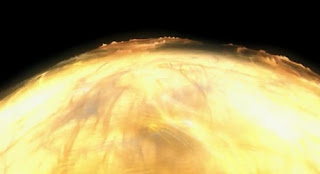 The third and final episode is about the start and end of the universe. He does a great job explaining the formation of the Big Bang, and gives possible solutions of how humans may be able to escape Earth once it becomes unlivable. Overall Into the Universe with Stephen Hawking may be boring to some, but I found it to be a gripping explanation about life, Earth, and the cosmos.
Posted by Adam at 11:58 PM

I shall keep a look out for it.

Your mind is rich!

Sounds interesting, esp. the episode on time travel. I read A Brief History Of Time awhile back.

Neil degrasse Tyson's been taking up a lot of my Youtube time lately. Haven't watched much of Hawking but would love to. I'll have to check this out.

i so want to watch this. Thank you for sharing this !!

I need to watch this. But my first order of business is to FINALLY get Netflix :)

hmm, so i take it you liked these episodes? did daisy watch them too? i want to know if she liked them as well.

I watched them alone when I had the flu

Thanks for recommending this!